Throughout his ministry, Jesus often butted heads with the stubborn and legalistic Pharisees. His message, which stood in direct opposition to their power and principles, centered around a spiritual transformation of the heart, not a fastidious adherence to the law.

To experience salvation and truly see the kingdom of God at work in one’s life, Jesus taught that we must cast aside the old, sinful life to become new creations—transformed, renewed, and reformed by the God’s grace, not personal works.

Jesus would later say that we must be “born again.”

This idea of being “born again” (one of the most powerful and prevalent themes in the Christian faith) actually emerged from a conversation with a Pharisee. In John 3, Nicodemus—a Pharisee and member of the Jewish ruling council—came to Jesus at night with a seeker’s heart and a question regarding the deeper meaning of salvation.

Jesus’ answer would not only change his life; it would change the lives of future Christians and like-minded seekers forever.

Who was Nicodemus in the Bible?

Nicodemus, a name in Greek which means, “victory of the people,” was a member of the Sanhedrin, a regional body of religious leaders and Jewish scholars charged with handling matters of Jewish law and religion. As a member of this body, Nicodemus would have been a well-educated, privileged, and influential man, responsible for knowing about any teacher or public figure who might lead the people astray.

One night, Nicodemus came to Jesus in private to ask about things he had heard and seen. Some believe that he came as a spy for the Sanhedrin, looking to discover the nature of Jesus’ ministry or trap him in an answer that could be used against him in the courts. While this could provide an explanation for Nicodemus’s motivations, there is not enough evidence in the text to support this theory.

As a previously published Christianity.com article explains, the fact that he came to Jesus in private, rather than challenging him publicly, as other Pharisees had frequently done, might reveal more about his heart and possible motivation.

Everything we know about Nicodemus comes from John’s gospel. What we read in John 3 is that Nicodemus came to Jesus, starting the conversation with a statement, not a question:

“Rabbi, we know that You have come from God as a teacher, for no one can do these signs that You do unless God is with him.” (John 3:2)

Nicodemus, at the very least, was different than most Pharisees in that he acknowledged Jesus’ authority and divine wisdom from the start. He may not have been an outright believer or follower of Jesus (at the time), but he could not argue against what he had seen and heard.

As Matthew Henry writes in his Commentary on the Whole Bible, “his (Jesus’) miracles were his credentials.”

Nicodemus had witnessed the miracles of Jesus and heard his teachings. Now he sought answers and came when he knew he could speak to Jesus one-on-one. 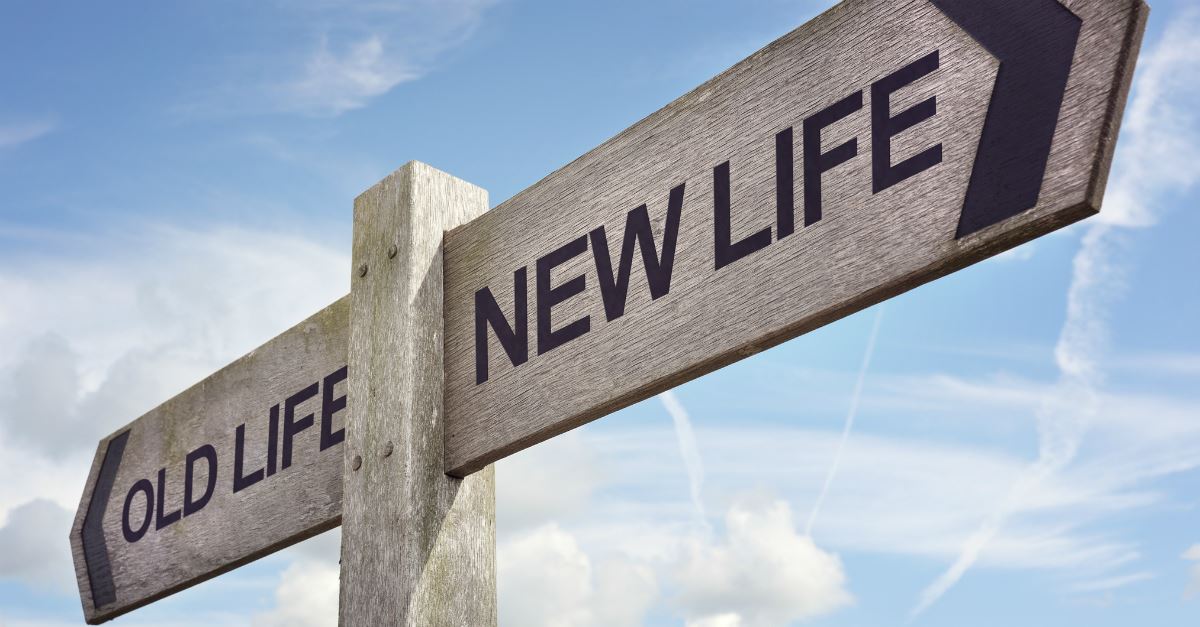 What Did Nicodemus Ask Jesus and Why?

To Nicodemus’ initial statement, Jesus responded, “truly, truly, I say to you, unless one is born again, he cannot see the kingdom of God” (John 3:2).

This response clearly befuddled the inquisitive Pharisee, who quickly asked, “how can a man be born when he is old? He cannot enter a second time into his mother’s womb and be born, can he?” (John 3:4)

Nicodemus would ask a very logical question to clarify a very spiritual truth.

In his mind, it didn’t make sense how a person could be born a second time or how one would return to their mother’s womb to do so. In purely physical terms, he was right. It isn’t possible. But the mysteries of God and the wonders of His kingdom are not always apparent or understood in purely literal or physical terms.

In fact, to the earthly mind, the wonders of God often seem like foolishness. Nicodemus would soon discover that being “born again” has nothing to do with physical rebirth.

Matthew Henry writes, that “such is the nature of the kingdom of God (in which Nicodemus desired to be instructed) that the soul must be re-modelled and moulded, the natural man must become a spiritual man, before he is capable of receiving and understanding them.”

Even prior to Jesus, Scripture spoke of the depth and mysteries of the Creator:

God, in His infinite power and divine wisdom, is often shrouded in mystery beyond the scope of human understanding. This does not mean that He cannot be known or has intentionally hidden himself from the world. To understand the divine nature of God, however, we must seek out divine wisdom and allow ourselves to be “transformed by the renewing of our minds.” (Romans 12:2)

Born of flesh, the human mind cannot grasp the mysteries of the kingdom of God or understand the fullness of God. This level of understanding can only come from a spiritual transformation and re-forging of a mind that is made new or “born again” through Christ.

This is why the Pharisees often struggled to understand or accept the message and ministry of Jesus. They were too entrenched in their ways and reliant on their political power and influence to accept any kind of spiritual transformation or philosophical surrender.

They were the religious elite and thrived on the public’s perception of them being the ultimate intellectual authority in spiritual matters. But earthly influence and political status are irrelevant in the kingdom of God.

“To be born again is to be born of the Spirit” (Matthew Henry). This was something the Pharisees simply could not fathom.

What Does Nicodemus Demonstrate about Faith?

Nicodemus, however, came curious and eager to learn more about Jesus' teachings. His heart had been stirred and mind challenged, and as is true to Scripture, those who seek the Lord and answers to the mysteries of his kingdom will not be disappointed (Jeremiah 29:13, Deuteronomy 4:29, Luke 11:9).

While Jesus may have gently admonished Nicodemus, a teacher of the law, for his initial ignorance, asking, “are you the teacher of Israel and do not understand these things?” (John 3:9), he nonetheless guided him to understanding with a reference to Old Testament narrative that pointed to his eventual sacrifice.

“As Moses lifted up the serpent in the wilderness, even so must the Son of Man be lifted up, so that whoever believes will in Him have eternal life.” (John 3:14-15)

The conversation between Jesus and Nicodemus clearly planted the seed for Nicodemus’ own spiritual transformation.

Some have noted that Nicodemus came to Jesus discretely and by night. It is possible that he didn’t want others to know of this meeting, least of all the Pharisees, and that he may have tried to keep his emerging faith hidden from the world out of fear of public scrutiny. That would soon change.

Nicodemus later would publicly defend Jesus when the Pharisees questioned whether or not to seize Jesus (John 7:51). And even after Jesus’ death, Nicodemus was seen, along with Joseph of Arimathea, bringing myrrh and spices to the tomb of Jesus after he had been crucified (John 19:39).

As Matthew Henry writes, “though now he came by night, afterward he owned Christ publicly.” 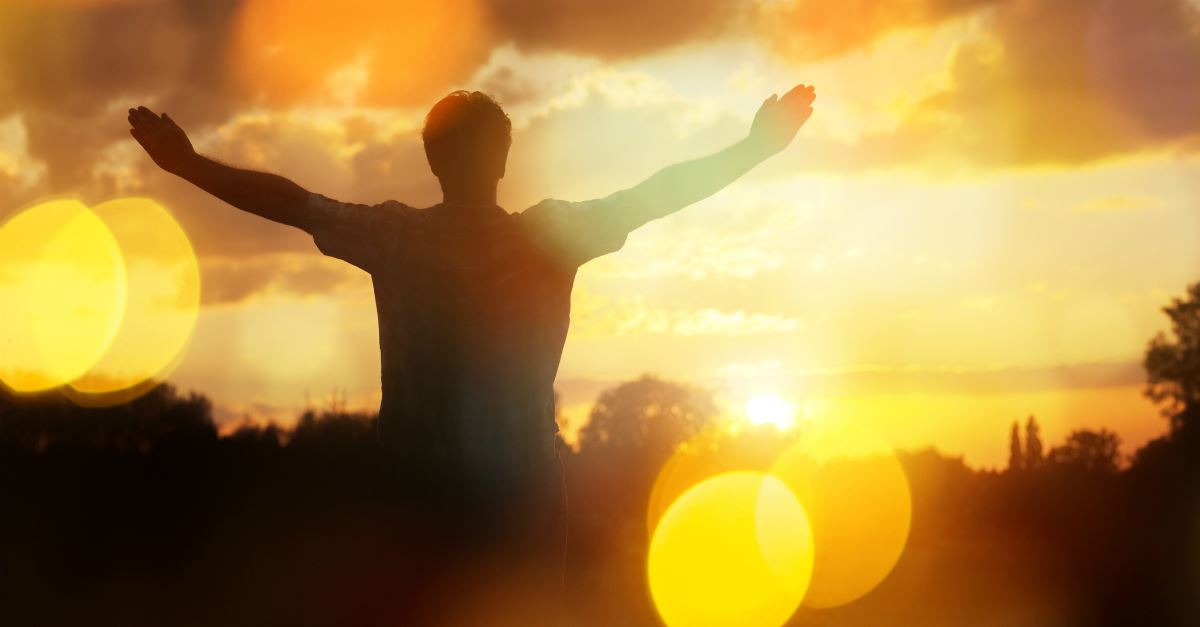 Why Does the Bible Address Being Born Again?

Jesus spoke of being “born again” to explain what must happen in the heart, mind, and soul of the believer who is transformed by the grace and forgiveness of God. Birth is the beginning of all life, and to be born of the Spirit, one must start at the foot of the cross.

John the Baptist heralded Jesus as the Lamb of God who takes away the sin of the world (John 1:29), and as Paul wrote to the Corinthians, “therefore if anyone is in Christ, he is a new creature; the old things passed away; behold, new things have come.” (2 Corinthians 5:17)

Our old, sinful life died with Christ. New life is born of His resurrection. As Matthew Henry writes, to be born again, “we must have a new nature, new principles, new affections, new aims.”

Reborn in Christ, everything must conform to His image and will. In Him, we are given fresh eyes, fresh motivations, a fresh heart, and a fresh start.

Nicodemus discovered something about the mysteries of God and meaning of salvation in his conversation with Jesus. Not long after Jesus talked of being born again, he delivered one of the most famous passages of Scripture, one which encapsulated the entirety of the Gospel.

“For God so loved the world, that He gave His only Son, that whoever believes in Him, shall not perish, but have eternal life.” (John 3:16)

The spiritual rebirth and new life offered through the grace of Jesus Christ is more than just a quick fix to an earthly sickness. It is a spiritual cure that allows us to experience and enjoy a spiritual eternity with Christ. The Pharisees had sadly fallen into the trap of legalism, and in doing so, missed the heart of God in Christ.

Thankfully, Nicodemus’ seeking heart overcame his earthly training and the narrow-mindedness of his spiritual colleagues.

As it says in Jeremiah, “you will seek me and find me when you seek me with all your heart” (Jeremiah 29:13); and Nicodemus did indeed find Him. It seems that the best way to understand what it means to be “born again” is to experience it for oneself, and that is certainly proven in the life and transformation of Nicodemus.

Joel Ryan is an LA-based children’s and young adult author who teaches writing and communications at Life Pacific University. As a former youth pastor, he has a heart for teens and young adults and is passionate about engaging youth through film, literature, and theater. His blog, Perspectives Off the Page, discusses the creative and spiritual life through story and art.

This content first appeared on Crosswalk.com and is used here with permission. To view the original visit: https://www.crosswalk.com/faith/bible-study/what-does-nicodemus-know-about-being-born-again.html

I think my problem with stuckness has a lot to do with communication.