Set Apart for His Glory
By: Jennifer Waddle

You’ve probably heard the old phrase, “a place for everything and everything in its place.” It’s a quote attributed to Benjamin Franklin, but some believe it existed long before his time. Whatever the case, it’s a quote that parents often use when trying to get their kids to tidy their rooms and put everything back where it belongs.

Of course, the original example of putting things in order comes from God. The instant He spoke the words “Let there be light,” He saw that the light could not reside with darkness. He separated them and gave them each a name. There was no meshing of the two—no blending them together. Instead, God saw that the light was good, and He separated it from the darkness. 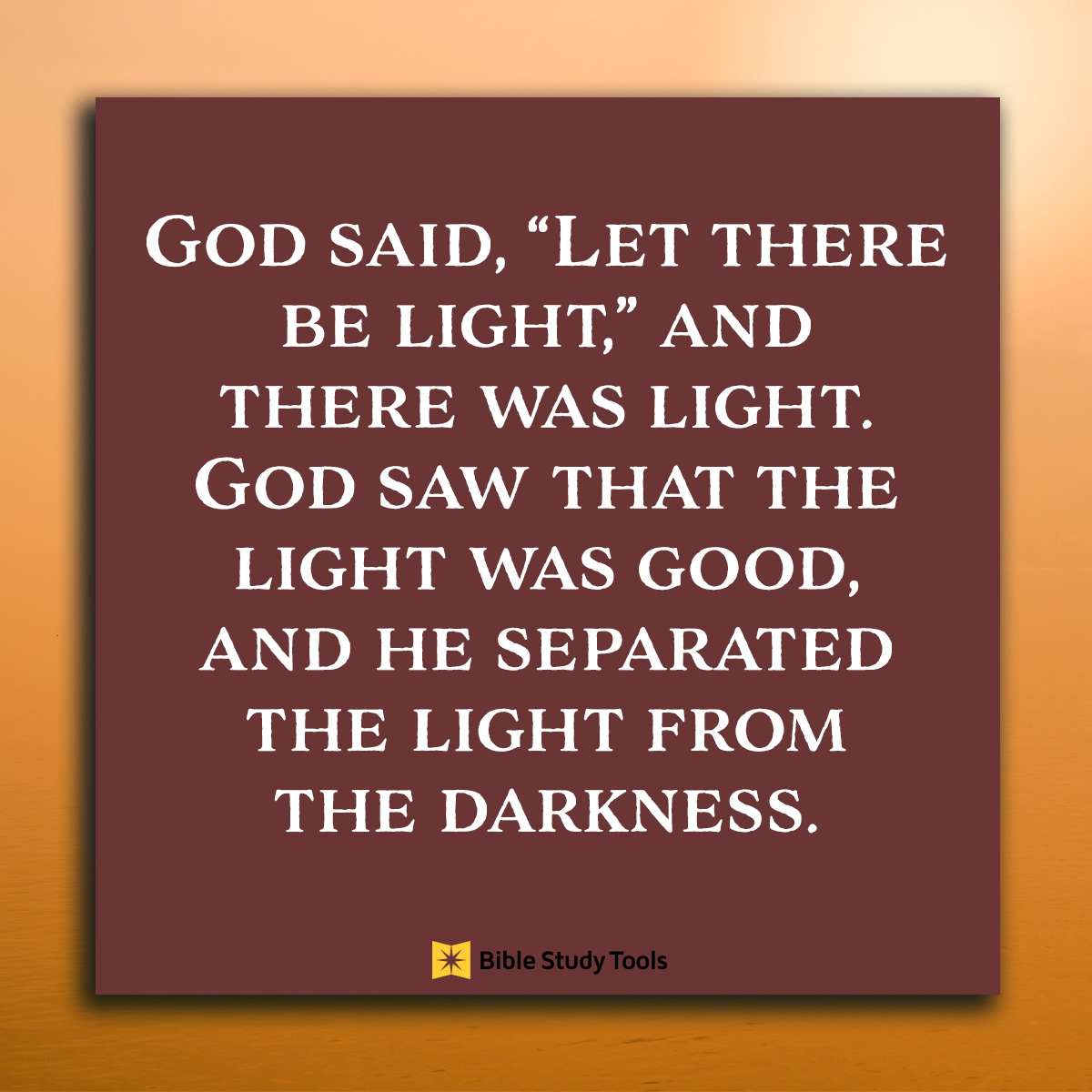 What a beautiful word picture for us, as Christians, to live separately from the darkness of the world. While we are required to live in the world, we are not required to mix with the ideas and beliefs that call “good evil and evil good.” There are no gray areas for believers in Christ. For in Him, there is a perfect standard of right and wrong, darkness and light.

Sadly, many well-meaning people have decided to blend their beliefs into a broad, gray area that is neither light nor dark. Compromise has taken the place of standing resolutely on God’s unchanging Word. Blending in with the culture has replaced being set apart for His glory.

I get it. Living in peace with each other is a noble thing. As a peacemaker myself, (sometimes to a fault), it’s sometimes difficult for me to take a firm stand on what is true. But as I re-read Genesis chapter one, I’m reminded of God’s perfect order and His way of separating what needs to be separated.

The thing is, living separately for God shouldn’t be done in an unloving or self-righteous way. In contrast, being set apart for the Lord should be displayed as great love for God and for others—without compromise. We are lights in a dark world, and we should be drawing people to the light of Jesus by the way we live, not repelling them because of a spirit of hatefulness or judgment. This doesn’t mean we accept every belief or opinion. Instead, it means we unapologetically cling to the absolute truths of God’s Word in the most gentle and loving way possible.

Ultimately, our Creator is the Master organizer, who spoke everything into existence and separated the light from the darkness. He was the first example of “a place for everything and everything in its place.” And when we choose to live separately for Him, we’ll find ourselves exactly where we need to be.

Jennifer Waddle considers herself a Kansas girl, married to a Colorado hunk, with a heart to encourage women everywhere. She is the author of several books, including Prayer WORRIER: Turning Every Worry into Powerful Prayer, and is a regular contributor for LifeWay, Crosswalk, Abide, and Christians Care International. Jennifer’s online ministry is EncouragementMama.com where you can find her books and sign up for her weekly post, Discouragement Doesn’t Win. She resides with her family near the foothills of the Rocky Mountains—her favorite place on earth.

Do you love podcasts? In The Bible Never Said That, we unpack some of the most popular "spiritual statements" that have made their way into popular culture and the church, even though they are not theologically sound. Together, we'll hold them up to the Bible to see what God's Word really has to say to us.

How I Came to Enjoy Raisins - Crosswalk the Devotional - June 13

In Revelation 12:10, the title "Accuser of the Brethren" is given to our enemy Satan at his judgment. Do I really want to claim that monicker for myself?