Who Were Jesus' Friends?
By Meg Bucher

It’s important to consider what friendship meant in Bible times. The NKJV Chronological Study Bible Notes say, “In the Roman world, a ‘friend’ was often a political ally who owed one a favor, or a more powerful patron on whom one could depend.” 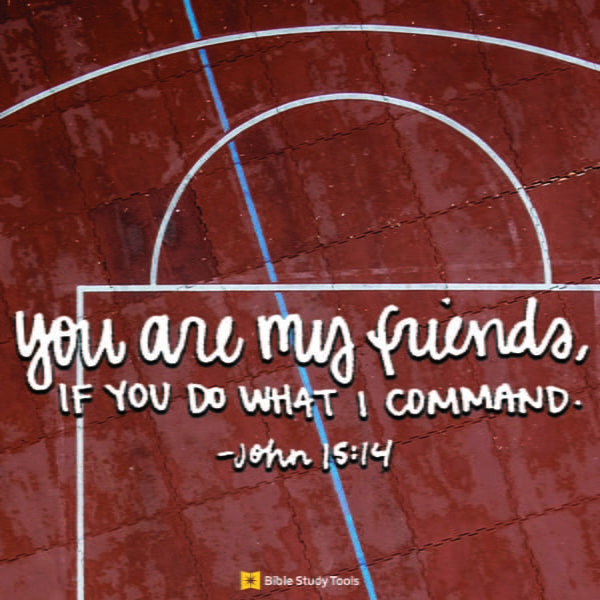 But we don’t often think of the friends of Jesus as political allies or business acquaintances. Jesus took a concept familiar to those that surrounded Him at the time, and redefined what it meant to be a friend. “Jesus is our model for love… If believers obey His command to love, they enjoy the intimacy of His friendship. Friendship… is not a once-for-all gift, but develops as the result of obeying Jesus’ command to love” (NKJV Study Bible).

The apostles held no qualifications to be apprentices of the Savior of the world. They were average men at best. But Jesus saw something in them, as He does in us, unknown even to them. They left everything to follow Him, and with that simple step of obedience, He molded them into fishers of men.

The Big Three
Scripture reveals a lot about Jesus’ friendships with Peter, James, and John. James and John were brothers, and the three of them had been called to follow Christ while out fishing on John’s father’s boat. (Luke 5:1-11)

These three were present for miracles that the others were not. Jesus specifically brings only those three along with him to Jarius’ house, where He raised his daughter from the dead. “He allowed no one to go with Him but Peter and James and John.” (Mark 5:37) They were also taken up the mountain for the miraculous transfiguration of Jesus. “Jesus took with Him Peter and James and his brother John.” (Matthew 17:1)

They all turned out to be leaders of the early church. Though we are all followers of Jesus, not all are called to lead the founding of churches and write Gospel accounts. Perhaps Jesus took the extra care to personalize their apprenticeship, knowing what lay ahead for them.

The One Jesus Loved
The Apostle John referred to himself as “the one Jesus loved” (John 14:13). But John’s loyalty as a friend to Jesus surpassed his speech. He was there for Him in the Garden, and the only one of the 12 at the foot of the cross.

“When Jesus saw his mother there, and the disciple whom he loved standing nearby, he said to his mother, ‘Dear woman, here is your son, and to the disciple, ‘Here is your mother.’ From that time on this disciple took her into his home.” (John 19:26-27)

He was called just like the other 12, and witnessed miracles alongside the big three. John, however, was the only apostle that wasn’t martyred. He was given the vision that we study in the book of Revelation. John wrote something particularly touching about Jesus at the foot washing at the Last Supper: “Having loved his own who were in the world, he now showed them the full extent of his love.” (John 13:1b)

Perhaps John was the most eloquent with words, among his other gifts. Though we get a very matter of fact view of the Gospel account from Mark, John wrote a palpable picture of what it felt to like to be close to Jesus… an important quality to embrace and understand as we seek our own friendship with Him.

Editor’s Note: The following was adapted from Who Were Jesus’ Friends? by Meg Bucher. To read the full article, follow this link.

Do you love podcasts? In The Bible Never Said That, we unpack some of the most popular "spiritual statements" that have made their way into popular culture and the church, even though they are not theologically sound. Together, we'll hold them up to the Bible to see what God's Word really has to say to us.

This content first appeared on Crosswalk.com and is used here with permission. To view the original visit: https://www.crosswalk.com/devotionals/your-daily-bible-verse/who-were-jesus-friends-bible-study-minute-may-2-2018.html