BIBLE VERSE OF THE DAY: “Elijah was as human as we are, and yet when he prayed earnestly that no rain would fall, none fell for three and a half years! Then, when he prayed again, the sky sent down rain and the earth began to yield its crops.” - James 5:17-18

Over the last few years, Elijah has become one of my favorite biblical characters. But as I read through the stories of his life yet again, I began to reflect on the biblical truth that Elijah was a man just like us. And yet, his life was so powerful!

What was it about Elijah that made his prayers, his life, so powerful and effective? What can we learn from the life of Elijah to help our own prayer lives? 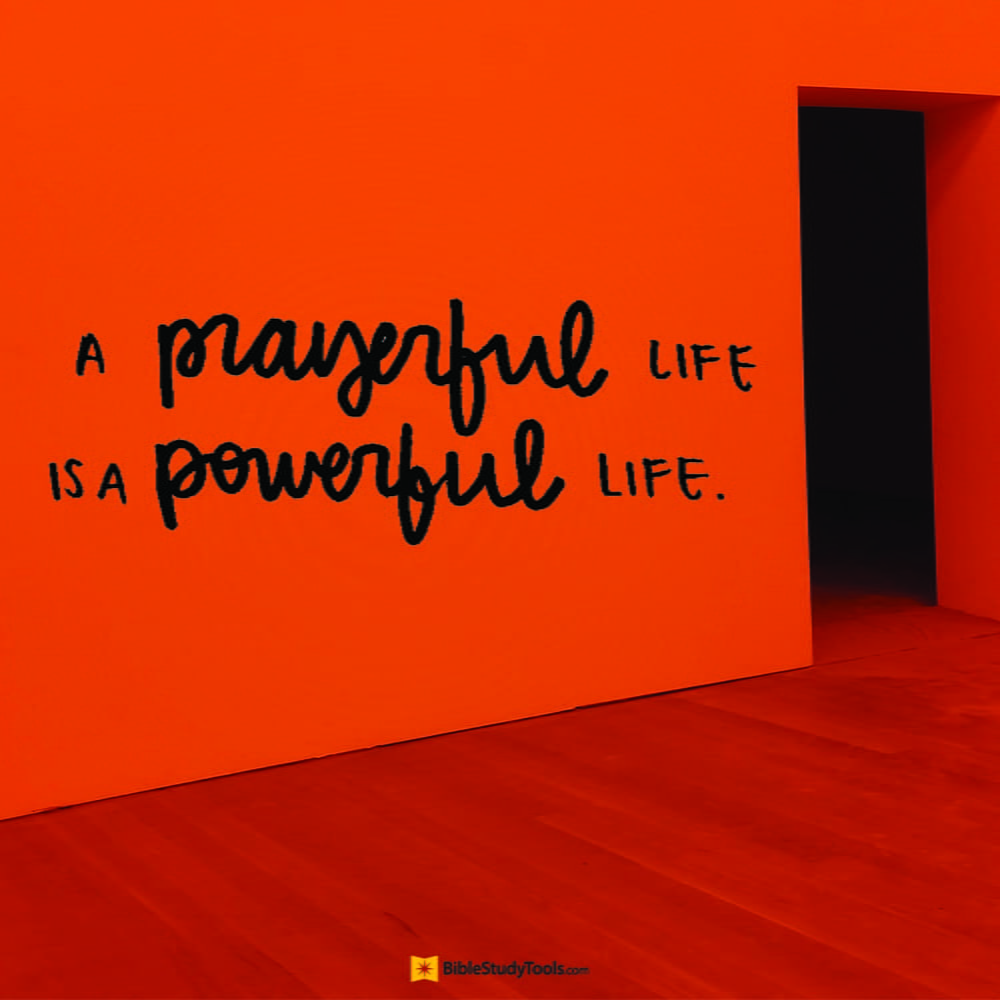 Here are 4 things we can learn about prayer from Elijah:

1. Elijah learned to be completely dependent on God.

Elijah was in hiding from the evil King Ahab. He had no way to meet his own needs. He was completely at the mercy of God himself, doing his best to walk in obedience. And God, Jehovah Jireh, provided as only He can.

Even when the brook dried up, Elijah had no need to fear. His source of provision dried up, but His God’s faithfulness didn’t. He went to the widow of Zarephath, completely convinced of God’s faithfulness to provide for his needs. And, as before, God did what only He could do.

“Elijah the prophet walked up to the altar and prayed, “O Lord, God of Abraham, Isaac, and Jacob, prove today that you are God in Israel and that I am your servant. Prove that I have done all this at your command. Immediately the fire of the Lord flashed down from heaven and burned up the young bull, the wood, the stones, and the dust. It even licked up all the water in the trench!” 1 Kings 18:36, 38

Elijah was bold. He asked with incredible faith, believing that God was able. And, without fail, God answered those audacious prayers. He poured out His power repeatedly, giving Elijah opportunity to proclaim God’s greatness.

3. Elijah’s prayers pointed the world back to God.

O Lord, answer me! Answer me so these people will know that you, O Lord, are God and that you have brought them back to yourself.” 1 Kings 18:37

Yes, Elijah called down fire from heaven to consume the water and the sacrifices not for his own glory, but so others would know that Yahweh is God and there is no other God in heaven or earth. Elijah’s prayers were about pointing the world back to God.

4. Elijah prayed fervently until he saw the answer.

Elijah had prayed the drought into existence. Now, it was time for the drought to end. He began to petition the God of the universe for rain. Not a little rain, but enough rain to quench the thirst of the land. He asked. No response. He asked again. Still no response. Seven times he asked and sent his servant to look for an answer. He prayed expecting an answer.

Finally, after seven times, a small cloud began to form. Even just a small indication that God had heard his prayer was enough. He knew a small cloud indicated God was moving in response to his prayers. And, God did exactly what he asked. He ended the drought. He sent rain on the land.

Elijah prayed through until he received an answer.

We must remember that it is God’s faithfulness that we are calling on, his character. It’s about a God who longs to connect with us, to help us in our time of need. We must have faith that He is willing and able to do far more than we could ever ask or imagine.

We must remember prayer is about ordinary people calling on an Omnipotent God. Will you join Him?

Editor’s Note: This devotional was adapted from Dena Johnson’s 4 Things We Can Learn about Prayer from Elijah. You can read that article in full here.

This content first appeared on Crosswalk.com and is used here with permission. To view the original visit: https://www.crosswalk.com/devotionals/your-daily-bible-verse/4-things-we-can-learn-about-prayer-from-elijah-bible-study-minute-august-24-2017.html