The sweet psalmist of Israel.

Among all the saints whose lives are recorded in Holy Scripture, David possesses an experience of the most striking, varied, and instructive character. In his history we meet with trials and temptations that are not found, as a whole, in other saints of ancient times, and as a result he provides us with a shadowy picture of our Lord. David knew the trials of all ranks and conditions of men. Kings have their troubles, and David wore a crown. The peasant has his cares, and David handled a shepherd's crook. The wanderer has many hardships, and David hid in the caves of Engedi. The captain has his difficulties, and David found the sons of Zeruiah too hard for him.

The psalmist also faced trials from his friends; his counselor Ahithophel forsook him: "[He] who ate my bread, has lifted his heel against me."1 His worst foes came from his own household: His children were his greatest affliction. The temptations of poverty and wealth, of honor and reproach, of health and weakness all tried their power upon him. He had temptations from without to disturb his peace and from within to mar his joy. David no sooner escaped from one trial than he fell into another, no sooner emerged from one season of despondency and alarm than he was again brought into the lowest depths and all God's waves and billows rolled over him. This is probably the reason that David's psalms are so universally the delight of experienced Christians. Whatever our frame of mind, whether ecstasy or depression, David has exactly described our emotions. He was an able master of the human heart because he had been tutored in the best of all schools-the school of heartfelt, personal experience.

As we are instructed in the same school, as we grow mature in grace and in years, we increasingly appreciate David's psalms and find them to be "green pastures."2 My soul, let David's experience cheer and counsel you today.

As a thank-you from us for your gift, we'll send along this month's resource: George Whitefield: An Inspiring Biography 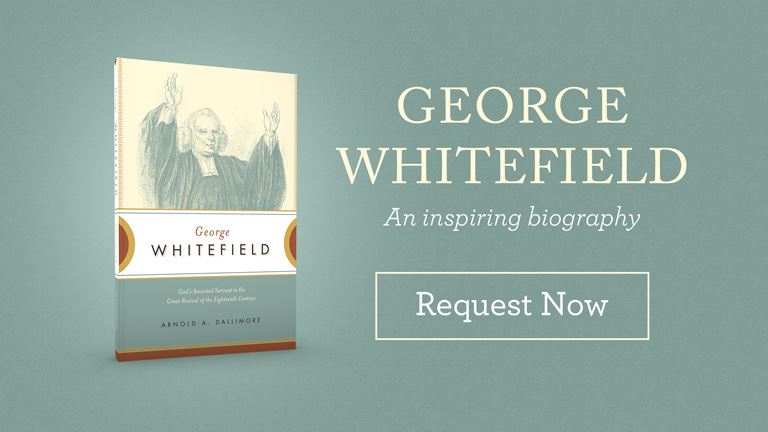 This content first appeared on Crosswalk.com and is used here with permission. To view the original visit: https://www.crosswalk.com/devotionals/truth-for-life/truth-for-life-august-20-2019.html