Welcoming the Wounded
By Andrea Herzer

Even though my illness was a trial to you, you did not treat me with contempt or scorn. Instead, you welcomed me as if I were an angel of God, as if I were Christ Jesus himself. - Galatians 4:14

I look healthy. You would never know that I have cancer, and unless I am using my scooter, my chronic pain is not easily observable. Most people who experience chronic pain and immune system issues can “pass” for healthy, which has its benefits, but it also comes with a price. We have all experienced a dismissive attitude or scorn from those who do not understand when we need accommodations for illness they cannot see. From salespeople who misunderstand my chemical sensitivities to those who question my need for a handicapped placard, my health issues seem to challenge those who want tangible evidence. Those who live with chronic illness become accustomed to being judged by people who have forgotten that the proper response to those with infirmities is the one Jesus gave: compassion.

Illness is a trial and test both for those who are sick and for those around them. Seeing someone who is ill reminds us of our human frailty and mortality, so we may be tempted to avoid the uncomfortable feelings that arise as a result. People with chronic illness often need help, and we live in a society where many people believe “God helps those who help themselves” is actually in the Bible. (It isn’t.) Sadly, when those with severe illness become housebound due to their health issues, they lose social connections when they need them the most. I have experienced this, and have met scores of people in doctor’s offices and surgical waiting areas who readily confess that they suffer from painful isolation when they can no longer share in the activities and work they once loved.

In today’s verse, Paul is reminding the Galatian church of the love they showed him when, because of an illness, he first came to preach the gospel to them (Galatians 4:13) . Paul’s exact malady is not revealed, but he reminds the believers in Galatia that they would have given him their “own eyes,” which suggests he had an issue with his eyes after he was healed of blindness. (Galatians 4:15, Acts 9:18) Although that is speculation, this much is clear: Paul’s illness tested the sincere love and hospitality of those around him. It is also clear that they passed this test with flying colors. They treated him with such respect and high regard that Paul says it was “as if I were Christ Jesus himself."

Can you recall a time when you learned that a relative, friend, or acquaintance faced health challenges? As soon as you hear that someone is suffering or in need, you have a choice. How did you respond? Remember that doing nothing is actually a response. When we read the Galatians did not treat Paul with “contempt or scorn” something is lost in the English translation. The Greek word for “contempt” here is derived from exoudeneó, which means to treat as worthless, despise or ignore. Have you ignored or otherwise looked down upon those with infirmity of mind, body, or spirit?

The Greek for “scorn” used this passage is even more descriptive. Do you remember learning about onomatopoeia when you were in school? It means when a word sounds like what it describes. Try saying “ekptuó” if you want to know exactly what Paul means when he says that no one scorned him because of his illness. Did the sound of the word resemble spitting? Then you have a clear picture of what Paul was saying; it means “to spit out.” There are not many people who would purposely treat those with infirmities this way. But if you have done nothing to help, encourage, or bless those in your life whose illnesses cause them to need extra support, you have inadvertently treated them just as Paul describes here. The beauty of recognizing this is that you have an opportunity to change your response. What can you do today to remind someone who suffers that they are not forgotten? Do not let the sun go down today without showing God’s love to that person. 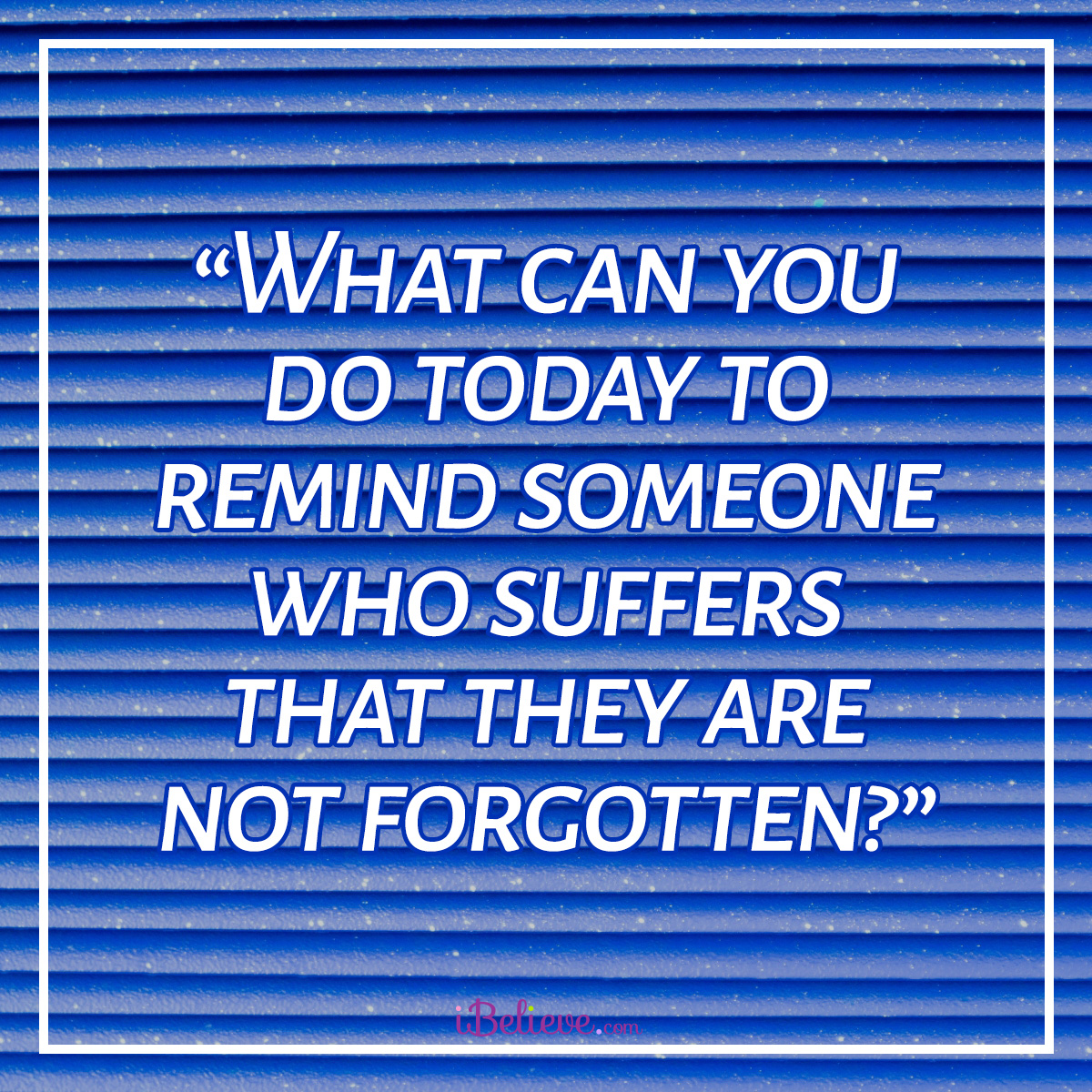 Having spent the past two decades enduring life with multiple illnesses, including Complex Regional Pain Syndrome (CRPS) and Non-Hodgkin's Lymphoma, Andrea Herzer is intimately acquainted with the hardships that accompany debilitating health issues. She writes devotionals on her Facebook Group (Abundant Life for Abundant Illness) to help others find the pathway to living a life that overflows with the riches of God’s sustaining love even in the midst of pain and suffering. Andrea is currently completing her first devotional book, The Way Through Illness.