When my son was a toddler, he had a red plastic car that he could “drive” by sitting in it and scooting it with his feet. Our family jokes that he did not walk for the first four years of his life because he was always driving his miniature car. When he drove it indoors, I often had to reach down and stop the car before it ran into one of his sisters. He was so intent on “driving” that he had not noticed he was going to hurt someone. On beautiful sunny days, we would go outside and he and his little red car would go tearing down the pavement. I would have to run to keep up with him, once again becoming his “brakes” to keep him from flying into cars that drove down our street.

When I was a teenager, my mistaken impression of Christianity was that it restricted people from doing anything fun. But this perspective was just like my son’s limited understanding as a toddler. He wanted to enjoy driving his little car, but his lack of knowledge and experience meant that he did not know when he was going to hurt himself or others. Whether he realized it or not, he needed a power greater than himself. So do we. God loves us too much to allow us to careen through life alone, like a toddler driving a car. Scripture is the loving hand that reaches out to keep us from harming ourselves or others by guiding us and teaching us the path that leads to life.

Have you ever thought, like I did, that Christianity is only about following a bunch of rules? Do you believe the God of the Bible delights in telling us “no?” If so, I would like to invite you to know Jesus. The rules, or laws, of the Old Testament testify to our need for him, because we are powerless to perfectly obey them. Knowing that we fall short of perfection should not turn us away from God, it should lead us to Jesus! Jesus Christ says that he did not come to do away with those laws, but to fulfill them himself. (Matthew 5:17) He did this when he died on the cross, taking all the sins of humanity upon himself, “for the wages of sin is death” (Romans 6:23). Jesus “canceled the record of the charges against us and took it away by nailing it to the cross” (Colossians 2:14). Three days after Jesus died, God raised him back to life. He invites all of humanity to accept His free gift of eternal life that comes through faith in Jesus Christ. We cannot earn eternal life, just as we could not earn forgiveness. It is only by God’s grace and through faith alone that we are saved. (Ephesians 2:8) 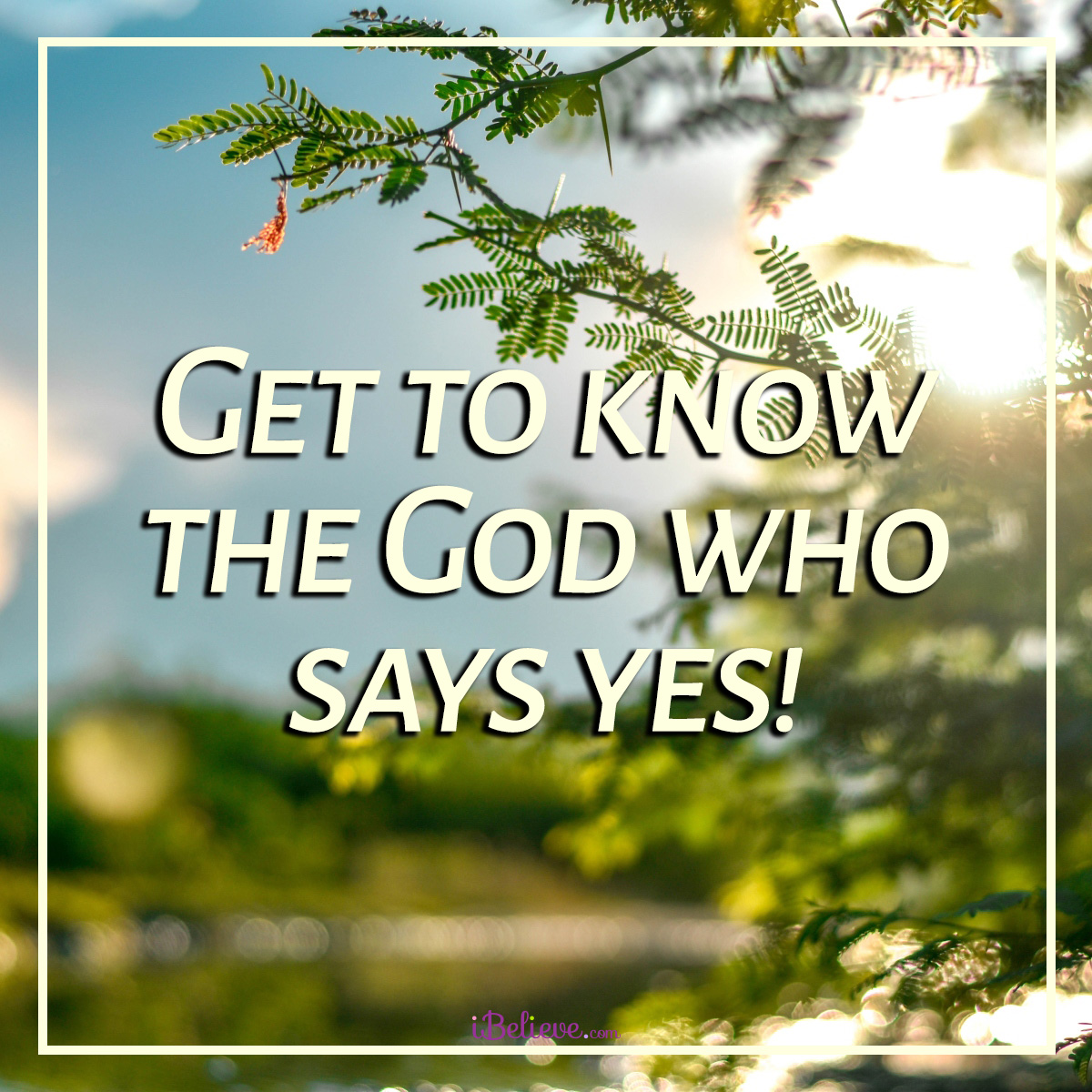 If you realize that you have been living your life like a toddler in a miniature car, not really knowing where you are headed and furious when anything gets in your way, then stop driving for a moment and look up. Look up to see the Loving Hand of the One who has been there all along. Get to know, really know, the One who created you. You may have mistakenly thought, like I did, that God only loves to say no. Get to know the God who says yes! In Jesus Christ, God says yes to freedom, yes to forgiveness, and yes to a new life as His child. He says yes to empowering you with the Holy Spirit and yes to helping you become all He created you to be, both now and for eternity. His great and precious promises in Scripture are for you, but first you must say “yes” to Him! Here is how:

1. Recognize your need for God’s love and forgiveness. “For all have sinned and fall short of the glory of God” (Romans 3:23).

2. Ask Jesus to become the Lord of your life. “If you declare with your mouth, ‘Jesus is Lord,’ and believe in your heart that God raised him from the dead you will be saved” (Romans 10:9).

3. Accept God’s gift of eternal life by faith. “…whoever believes in Him shall have eternal life.” (John 3:16)

If you just said “yes” to Jesus Christ, the angels in heaven are rejoicing! (Luke 15:10) Share the good news with others so they can also claim God’s promises that are yes in Jesus Christ.

Think about where your feet have been, especially if you live in a back-to-nature, shoe-optional locale.