Help Bring Food and the Gospel to Lebanon -- GIVE NOW 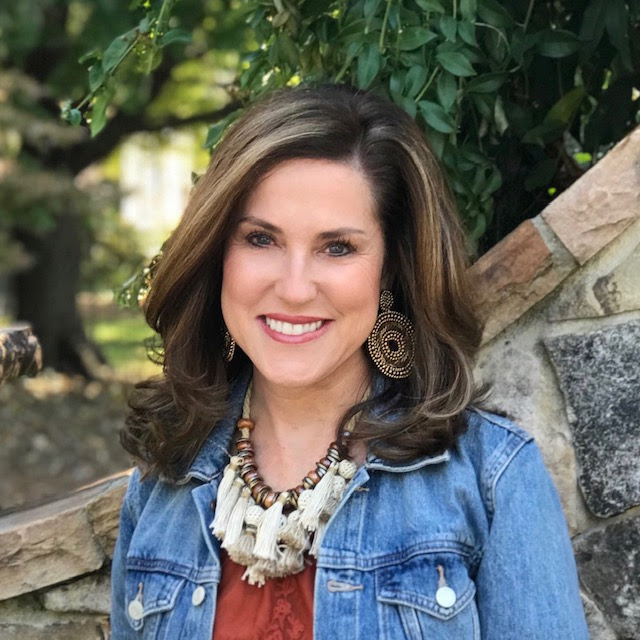 Choosing To Forgive: The Step We Trip On
SHARON JAYNES

“Bear with each other and forgive one another if any of you has a grievance against someone. Forgive as the Lord forgave you.” Colossians 3:13 (NIV)

At a Saturday college football game, I was doing what I like doing best — people-watching.

My seat was on the end of a long row of blue bleachers, and there was a steady flow of fans up and down the concrete steps. After a while, I noticed that four out of five people tripped on the step right in front of me. At halftime, I measured and discovered that the step was about a quarter inch higher than the others. So the people tripped.

I’ve learned that forgiveness is like that step. It’s just a little bit higher than anything else we practice as Christians. Unfortunately, it’s the one step a lot of us seem to trip on the most, myself included.

Growing up, my home was rife with anger, heartache and pain. After my parents and I came to Christ, a lot of forgiveness had to take place, as you can imagine. Trust me; it didn’t come all at once but in stages.

The decision to forgive happened in an instant — like a pellet sinking to the bottom of a glass of water.

The revision of emotions happened over time — like a pellet sinking to the bottom of a glass of thick oil. It was a hard, high step.

Still, despite how hard forgiveness can be, Jesus tells us it is at the very core of the Christian faith. It’s a foundational theme in Jesus’ teachings. For example, in Mark 11:25, He said: “And when you stand praying, if you hold anything against anyone, forgive them, so that your Father in heaven may forgive you your sins” (NIV).

Throughout Old Testament times, God’s people offered animal sacrifices for the forgiveness of their sins, according to God’s instructions. But their sacrifices were never enough to cover all their sins — every new sin required another sacrifice.

Centuries later, God sent His Son, Jesus, to die as the final sacrifice for the forgiveness of our sins. His sacrifice was enough to cover our sins: past, present and future. I love how author and pastor Brian Zahnd describes Jesus’ forgiveness as “grace that takes the blame, covers the shame, and removes the stain and the endless cycle of revenge.”

When something triggers the hurt in my heart all over again, instead of giving in to the hurt that can so quickly turn to bitterness, I have to remind myself that I have already forgiven that person. Then I ask God to help me deal with my very real emotions. I also remind myself of Paul’s words in Colossians 3:13: “Bear with each other and forgive one another if any of you has a grievance against someone. Forgive as the Lord forgave you.”

“As the Lord forgave you.” Let’s allow that to sink in for just a moment. When I remember how God has fully forgiven me for everything I’ve ever done to wrong Him, that makes it easier to forgive those people who’ve hurt me. God’s forgiveness of me drives me to forgive others.

In teaching His followers to forgive, Jesus identified no exceptions — no loopholes that let us off the hook from forgiving. He mentioned no crime too heinous, no abuse too perverse, no act too vile, to warrant holding on to unforgiveness. Sister, we can trust that Jesus knows just how deeply people may have hurt us. But He also knows how deeply destructive unforgiveness can be to a human heart.

When we choose to forgive, we not only live out a foundational tenet of our faith, but also we put a stop to the endless cycle of revenge — releasing the burden of bitterness and making the world beautiful through grace. I want to be a part of that. Don’t you?

Friend, the step of forgiveness may be a bit higher than some of the other steps in our faith journey, but by the power of the Holy Spirit, we can do it.

Father, I’ll admit I’ve tripped on the step of forgiveness. Help me to pick up my spiritual feet just a little higher to forgive others quickly and completely. Help me not to trip over my own sin of unforgiveness but to walk the path without stumbling. In Jesus’ Name, Amen.

Mother's Day is almost here! And we have put together intentional gifts for every woman in your life. Whether she loves to cook and host people in her home or she enjoys the quiet moments of curling up with a new book or Bible study, we've got something for every mom figure you love. With truth tucked in to remind her of how God sees her, we hope these gifts will show her she is seen and loved by you and God. Click here to start shopping!

Forgiveness is one of the many ways we can change the ending to our stories. Friend, you don’t have to carry around the burden of a broken story any longer. You can have a better one. To find out how, grab a copy of Sharon Jaynes’ book When You Don’t Like Your Story: What If Your Worst Chapters Could Become Your Greatest Victories? today.

Did someone you need to forgive come to mind as you read today’s devotion? If so, click here for a free resource to walk you through the steps of forgiving.

John 20:23, “If you forgive anyone’s sins, their sins are forgiven; if you do not forgive them, they are not forgiven.” (NIV)

Read and ponder the verse above as well as these extra verses on forgiveness: Matthew 18:21-22 and Matthew 26:27-29. In one sentence, summarize what you think Jesus was teaching. In light of this, what do you think Paul meant by “forgive as the Lord forgave you” (Colossians 3:13b)?

Is there someone you need to forgive today? If so, leave a comment and say, “I’m doing it!” in the comments!

This content first appeared on Crosswalk.com and is used here with permission. To view the original visit: https://www.crosswalk.com/devotionals/encouragement/encouragement-for-today-april-29-2022.html