Don’t You Get It?
By Rebecca Barlow Jordan

Everyone should be quick to listen, slow to speak and slow to become angry. - James 1:19 NIV

I’ve discovered that married couples must have a lot in common with Jesus’ disciples—at least in one area of their lives.

Following His miraculous feeding of the 4,000 people listening to Him teach, Jesus encountered another round of testing from the Pharisees, the religious leaders who were always trying to trap Him. Jesus and His disciples left in a boat, but His followers realized they brought no bread with them to eat. Jesus took the opportunity to warn them about the “yeast of the Pharisees and that of Herod.”

But the disciples thought He was talking about bread. Jesus listened to them arguing for a few minutes, and then challenged them. I can just see Jesus shaking His head at His followers’ lack of understanding. The Message version captures His frustration well: “Don’t you get it at all?”

That wasn’t the first time Jesus rebuked them for their failure to “get it.” Even when Jesus didn’t use stories or hidden truths to illustrate His point, the disciples still seemed slow and dull in their hearing. They were rarely slow to speak—at least not Peter, Jesus’ most outspoken follower. But Jesus didn’t give up or become angry. He listened, cared, and kept loving and communicating patiently with the ones He loved.

I smile each time I read about the disciples’ problem. Until, that is, I realize any ordinary married couple could share the same difficulty. We try to understand each other. We really do. But sometimes, we, too, don’t “get each other.” No matter how long we’ve been married, misunderstandings arise. Why?

One reason could be because we process things differently; therefore we don’t necessarily communicate the same way. Authors Pam and Bill Farrel refer to those differences as being like waffles (men) and spaghetti (women). They suggest that men process life in boxes like “waffle” compartments. They live in and handle life one box at a time. But women process life more like spaghetti—all issues and thoughts related and touching one another. When the two try to communicate, misunderstanding often occurs.

Because of that difference, sometimes we really don’t know how to listen or communicate with each other as couples. Too many times, we simply resign with, “You just don’t understand!” 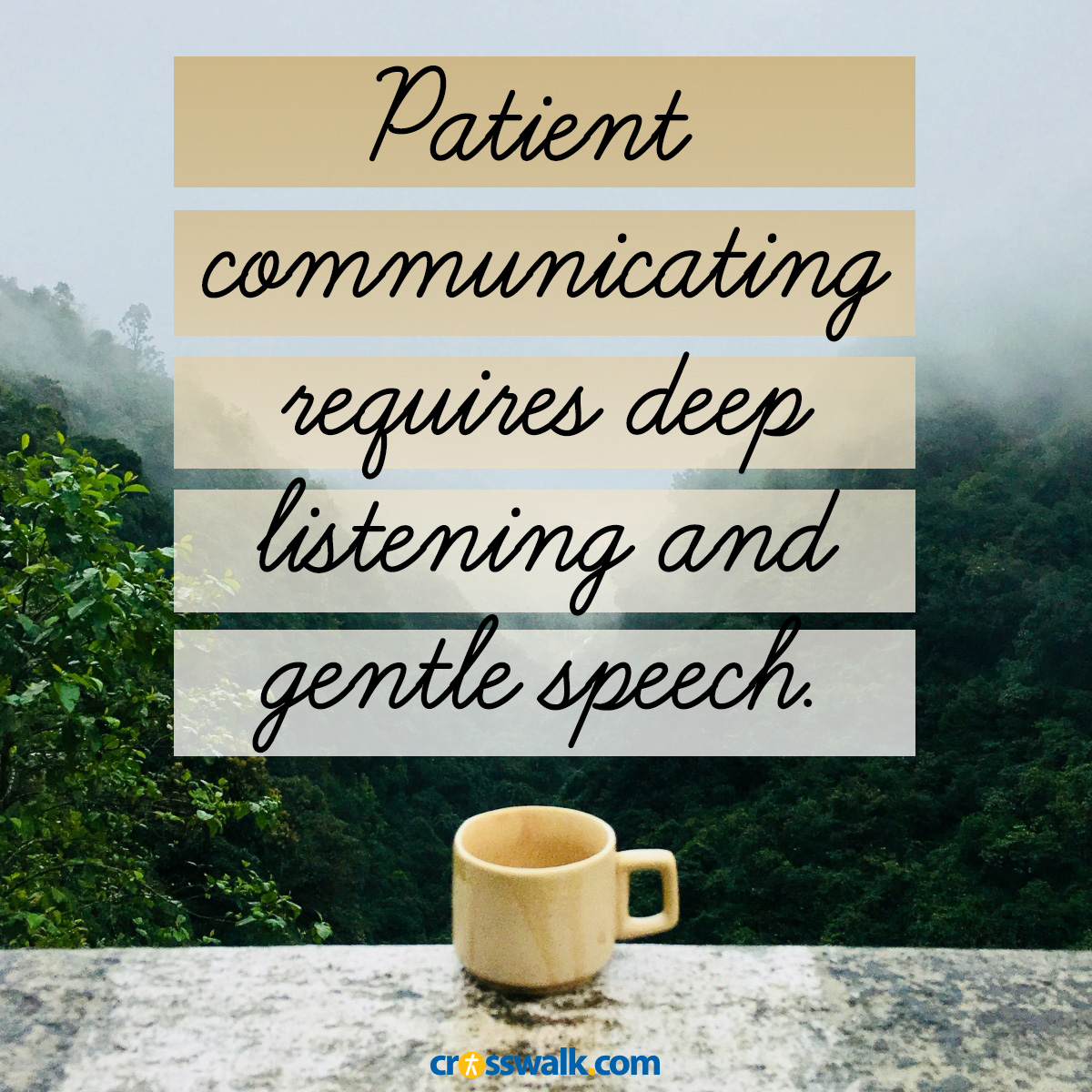 Larry and I discovered that truth one year when we were crossing the Arizona desert to a California getaway. We had just left a marriage retreat where, as minister and wife, we both had leadership responsibilities, resulting in little time for our own marriage enrichment. Because I had written the marriage questions for the conference, I thought it would be a great time for discussion. So I whipped out those questions and started firing away.

But that didn’t go over well. I’m sure in Larry’s mind, he had already moved on from that compartment. His need now? To relax. No work. Just play. But in my head, the marriage retreat and our trip were related, and I wanted to join the two together. Not only did I choose lousy timing, but I was also clueless in how to communicate the deeper needs of my heart: I wanted to understand and to be understood.

Fortunately, as the years passed, we began to work at truly understanding each other. We actually starting trying to see the other person’s viewpoint, instead of shutting down an issue, being defensive, or walking away. Sometimes we had to use word pictures—like a parable--to better describe what we meant. And if one of us didn’t “get it,” we would keep mirroring our words and thoughts to each other as if we were repeating our fast-food orders to the employee in a drive-through lane. We also stopped trying to “guess” what the other meant and started working at expressing our feelings, even when that was difficult.

A few times we’ve had to use a little more forceful communication and speak the truth in love to each other. While that’s not fun, the key principle is to “speak in love.” Abusive anger or unfair accusations have no place in a marriage relationship. And sometimes we’ve purposely taken turns to simply offer our viewpoints, working more toward understanding than resolving the issue at the time. Listening to another usually takes more work than speaking our own mind.

We still use those methods in trying to understand each other as marriage partners, and we never want to stop learning. But one of the greatest keys to understanding is to keep patiently communicating—both listening and speaking.

That’s what Jesus did.

Rebecca Barlow Jordan is a bestselling inspirational author and day-voted follower of Jesus who loves to paint encouragement on the hearts of others. After five decades of marriage, she and her husband are more passionate about marriage and family than ever. Rebecca has authored and contributed to over 20 books and has written over 2000 other articles, devotions, greeting cards, and other inspirational pieces. She is a regular Crosswalk contributor whose daily devotional Daily in Your Presence is also available for delivery through Crosswalk.com. You can sign up for Rebecca’s free ebook and find out more about her and her encouraging blog at www.rebeccabarlowjordan.com.