Have you ever thought about how many people tried to stop Jesus’ life, death and resurrection, whether for good or bad? Some wanted Jesus dead, and they thought His words were blasphemous. Others looked out for their own interest and rule, but there were some who wanted to protect Jesus—and they were distraught at His death. But God is sovereign over all, and He knew the path that His Son must follow in order to save mankind once and for all.

Here are 5 who tried to stop Jesus’ life, death, or resurrection and failed according to God’s plan. 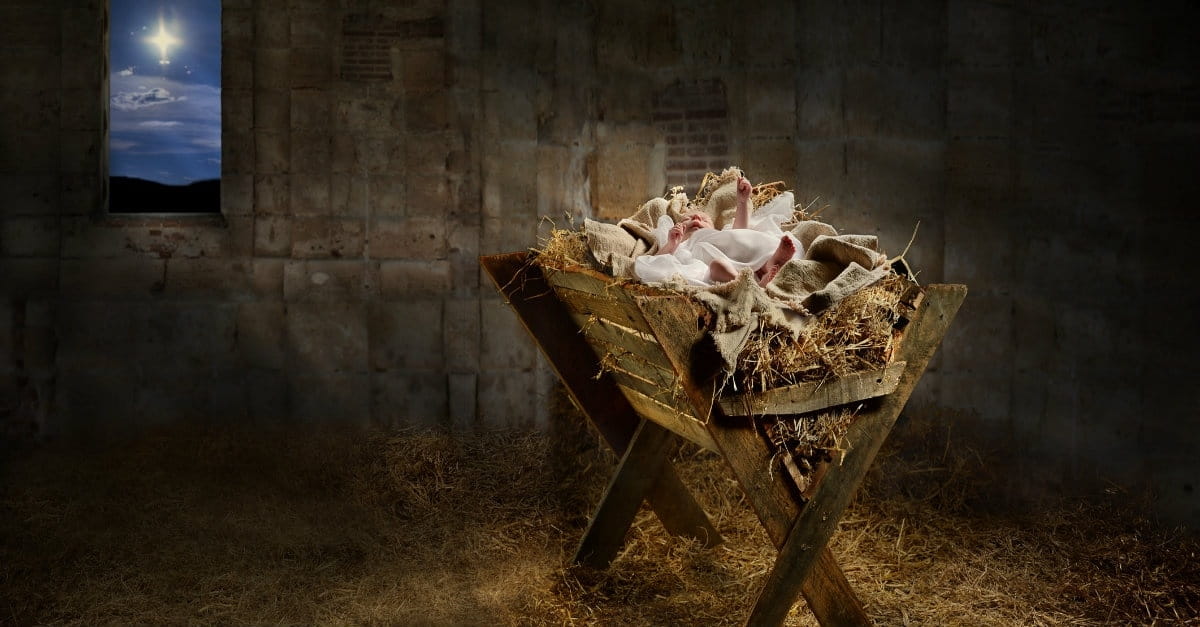 King Herod and many of the people he governed did not want to welcome a new king. Herod feared for his throne, and his people feared his vengeance. Once Herod learned information about the Messiah from the Magi, he asked them to return with a location so that he too could "worship" the King.

But being warned in a dream, the Magi traveled home a different way. Then Herod, in his anger and paranoia, decided to take matters into his own hands and tried to kill every Hebrew baby boy that fit the age range of the prophesied Messiah.

“When Herod realized that he has been outwitted by the Magi, he was furious, and he gave orders to kill all the boys in Bethlehem and its vicinity who were two years old and under, in accordance with the time he had learned from the Magi.” –Matthew 2:16

But God sent an angel to warn Joseph in a dream, and he took Mary and Jesus to safety in Egypt. Herod failed to stop the Messiah, and God’s sovereign plan for His Son continued. 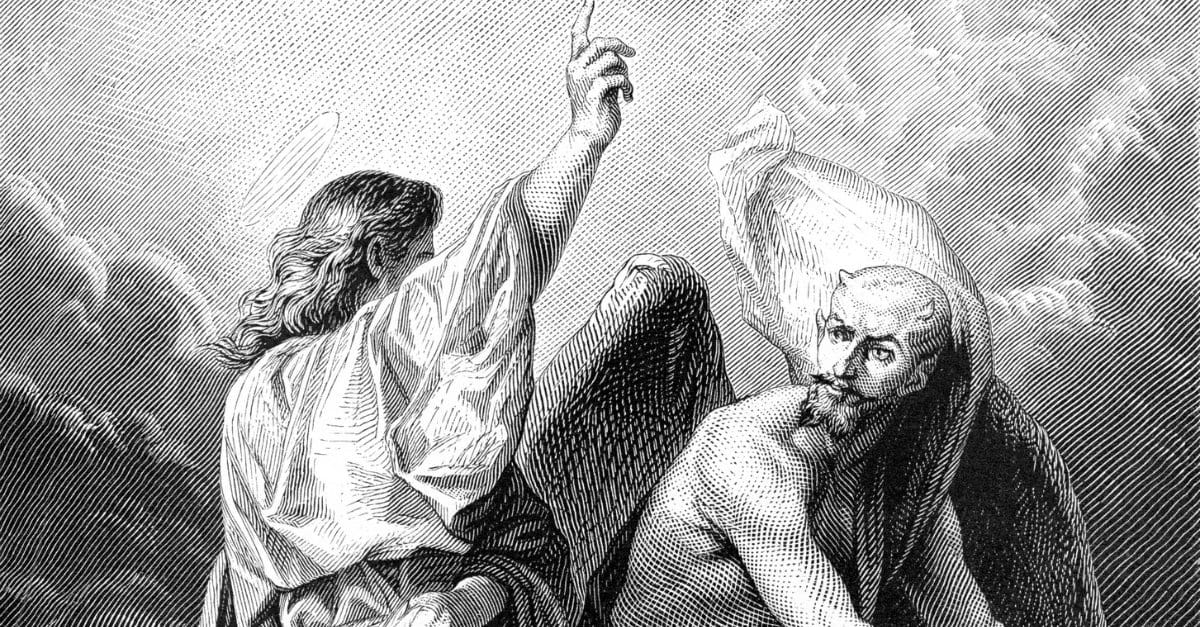 Satan tried to stop God’s plan by tempting Jesus with empty promises and bribes that he could not fulfill. Jesus, both fully divine and fully human, experienced temptation as a man the same way that we do, but He did not yield or sin.

“Again, the devil took him to a very high mountain and showed him all the kingdoms of the world and their splendor. ‘All this I will give you,’ he said, ‘if you will bow down and worship me.’ Jesus said to him, ‘Away from me, Satan! For it is written: ‘Worship the Lord your God, and serve him only. Then the devil left him…” –Matthew 4:8-11

Can you imagine the fury Satan felt when Jesus remained strong in His choice to choose us—even to death? Though the Bible does not tell us, it seems plausible that Satan was there at the crucifixion watching. We know he entered Judas Iscariot just days prior.

Luke 22:3 says, “Then Satan, entered Judas, called Iscariot, one of the Twelve. And Judas went to the chief priests and the officers of the temple guard and discussed with them how he might betray Jesus.”

If he couldn’t stop God’s ultimate plan, he surely wanted to cause as much pain and havoc as he could while the Messiah suffered on earth. Satan failed, and not only did he lose the battle…he lost the war. God’s plan prevailed unhindered as prophesied. 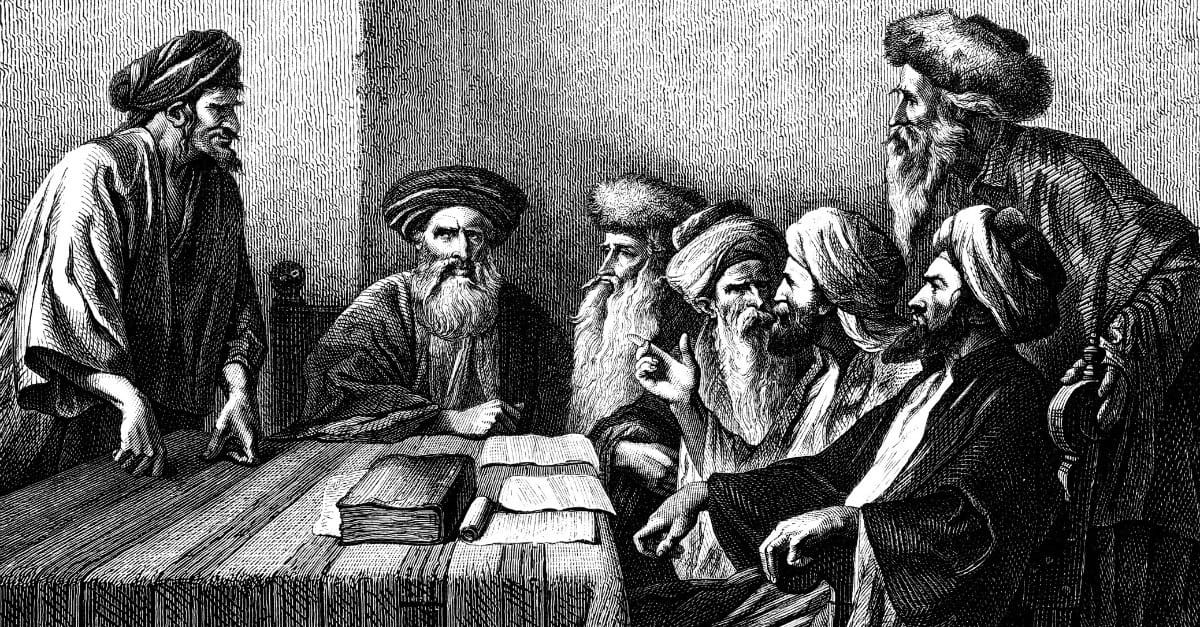 The Sanhedrin was the supreme council of the Jewish people in the time of Christ and earlier. You can find out more information about the Sanhedrin at BibleStudyTools.com.

Matthew 26:59 tells us,
“The chief priests and the whole Sanhedrin were looking for false evidence against Jesus so that they could put him to death.”

They really didn’t like Jesus…and their desire was to trap Him into what they considered blasphemy. They already had it set in their minds that they would find a way to execute Him.

“Early in the morning, all the chief priests and the elders of the people made their plans how to have Jesus executed. So they bound him, led him away and handed him over to Pilate the governor.” –Matthew 27:1

And they didn’t stop there…

“But the chief priests and the elders persuaded the crowd to ask for Barabbas and to have Jesus executed.” -Matthew 27:20

They wanted Jesus dead, and they succeeded as God had planned. But they failed in thinking that they were in control; they had no power when it came to Jesus’ life, death, or resurrection…the power and plan was God’s alone. They could not stop the resurrection, nor could they stop the news of it. The tomb was found empty; death could not hold Him. He is risen indeed. 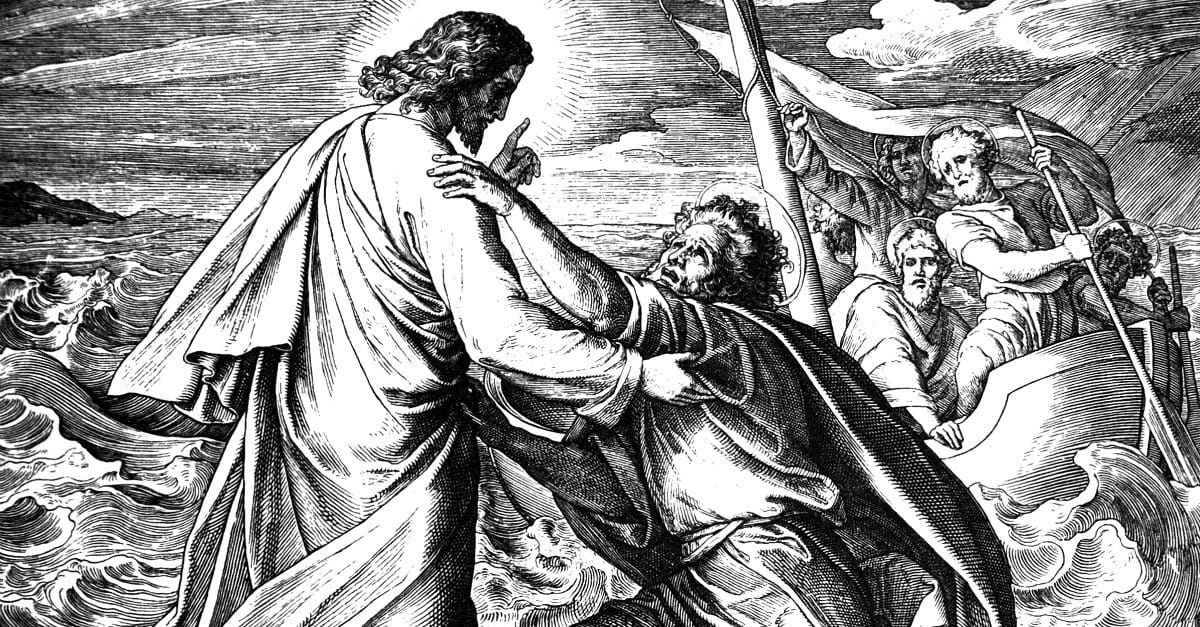 Peter tried to stop Jesus from being taken by the Roman guards. He succeeded in cutting off the ear of the high priest’s servant before Jesus stopped him. John 18:10-11 says,

“Then Simon Peter, who had a sword, drew it and struck the high priest’s servant, cutting off his right ear (The servant’s name was Malchus.) Jesus commanded Peter, ‘Put your sword away! Shall I not drink the cup the Father has given me?”

“Do you think I cannot call on my Father, and he will at once put at my disposal more than twelve legions of angels? But how then would the Scriptures be fulfilled that say it must happen in this way?” –Matthew 26:53-54

Can you imagine how hard it must have been for the disciples to accept that Jesus must die to fulfill His plan as Messiah—and that there was nothing they could do to help or stop it? They did not fully understand yet why Jesus must die, and they doubted before they saw Him again. Peter failed to protect the Messiah and save Him from the cross, but later he understood that it wasn’t Jesus who needed saving. Oh what grace God bestows on us. 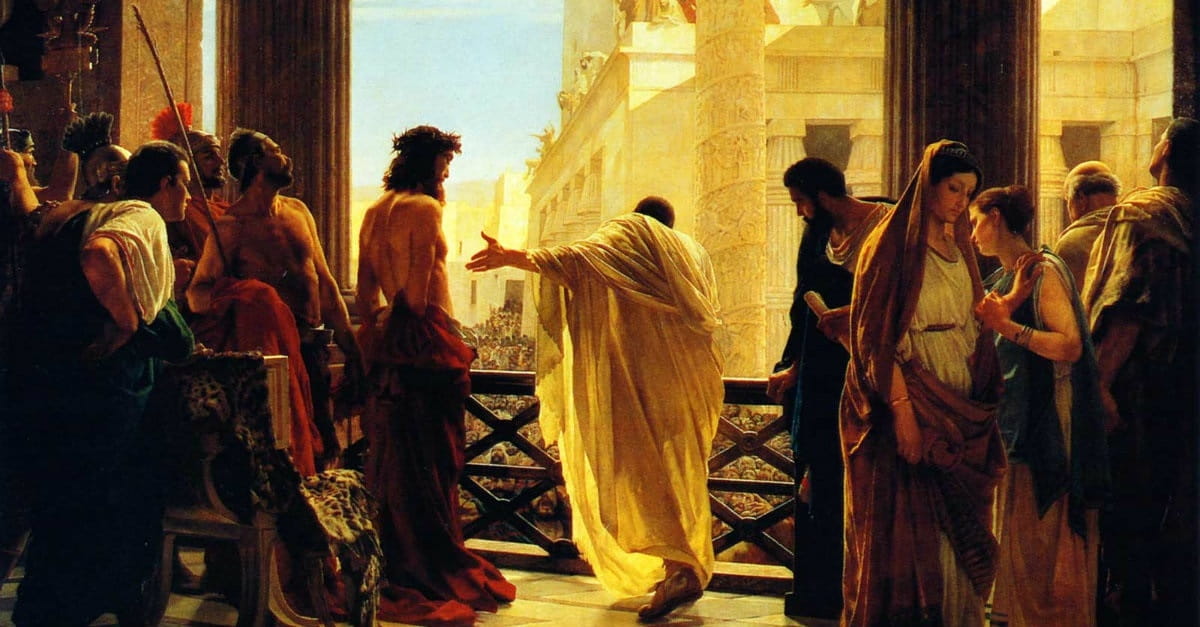 Even Pilate’s wife tried to dissuade him from crucifying Jesus: “When Pilate was sitting on the judge’s seat, his wife sent him this message: ‘Don’t have anything to do with that innocent man, for I have suffered a great deal today in a dream because of him.’” –Matthew 27:19

“What shall I do, then, with Jesus who is called the Messiah?’ Pilate asked. They all answered, ‘Crucify him!’ When Pilate saw that he was getting nowhere, but that instead an uproar was starting, he took water and washed his hands in front of the crowd. ‘I am innocent of this man’s blood,’ he said. ‘It is your responsibility!’” –Matthew 27:22-24

Pilate did not understand Jesus completely, but he knew that He was innocent. Rather than standing up for Jesus at great personal cost, he faltered to blackmail from high-ranking Jewish officials and mob mentality letting the people choose Jesus’ fate as God had planned.

As believers, we can be thankful that God did not let any man or spirit stop His plan to send His Son to die on a cross and rise from the dead. God’s plan for salvation could not be stopped, and because He paid the only price that could be paid there is hope for all who believe.

Content taken from the article 5 Who Tried to Stop Easter...And Failed, written by Liz Kanoy. To read the text version please click the link.

This content first appeared on Crosswalk.com and is used here with permission. To view the original visit: https://www.crosswalk.com/slideshows/5-who-tried-to-stop-easter-and-failed.html