Squabbles happen in the best of churches. Why? Because we are sinners. Big fights can emanate from the smallest and most insignificant things, such as what color the Sanctuary carpet should be. When we ponder such a confrontation, we may think, “Golly, that’s just stupid.” Well, it is.

The Bible says, “Pride goes before destruction, and a haughty spirit before a fall” (Proverbs 16:18). Isn’t that what caused Lucifer to become the devil? Isn’t pride what claimed Adam and Eve’s innocence? It’s an ugly thing, pride. And it has no place in brothers who want to obey the Lord and dwell in unity. Carpet color does not matter. Worshiping God in Spirit and truth does.

Psalm 133:1 reads, “Behold, how good and pleasant it is when brothers dwell in unity! Unity equals peace, and it evokes something which is good and indeed pleasant. King David was not wrong.

What Does This Verse Mean?

We could say this psalm has everything to do with a national unity within Israel, but unity which pleases the Lord always has a spiritual foundation. These songs of ascent were sung by Jewish pilgrims on their way to the Temple to celebrate three of their national feasts.

The verse means we are to live in unity as God’s people. God will provide the way for forever-unity via reconciliation between Himself and us.

The Psalm is introduced by this title, “A Song of Ascents. Of David.” King David is speaking in this Psalm to his brothers — his large company of brothers (and sisters) who have also descended from the Patriarchs — Abraham, Isaac, and Jacob.

The Bible does not specify the circumstance for this psalm, yet this passage is called a Song of Ascent. According to Madeline Kalu, “The Songs of Ascent are a collection of 15 Psalms that were traditionally sung by Hebrew pilgrims, who ascended the uphill road to Jerusalem to attend annual festivals in the Temple.”

This psalm is the fourth shortest psalm in the Bible (after Psalms 117, 134, and 131). In its three verses (seventy-one words), David rejoices over the goodness and pleasant nature of brothers who dwell in unity.

The oil he mentions references the holy anointing oil which would infuse Aaron’s beard (and the air) with a pleasing aroma.

Unity is like the dew of Hermon, which is an allusion to God’s blessings on His people who would have gathered in Jerusalem to worship Him as they celebrated the feasts. The unity is as the life-giving water (from snows and rains) which fell on Hermon coming to bless Israel on Mt. Zion.

Mt. Hermon is the tallest mountain in Israel and Mt. Zion is the highest point in Jerusalem. It is where Aaron as a priest did his work as a mediator between God and man (in the tabernacle and then later in the Jerusalem Temple).

Life forevermore. What is the meaning of this short phrase? Psalm 133:3b is the explanation of the comparison between unity and the dew of Hermon

This looks ahead to Jesus. John Piper describes this well as he explains the Lord’s blessing is life forevermore, and God’s commandment of the blessing takes place on Mt. Zion, where our Lord Jesus was crucified and died for the sins of humanity (John 3:16) God reconciled man to himself by Jesus’ atoning work on the cross, sealing our unity with Him. (See Ephesians 2:13-18 and 1 John 5:11-13.)

Who Are God's People, and Why Is It So Important for Them to Live in Unity?

According to John MacArthur, “Chaos, confusion, strife, envy, jealousy, anger, bitterness, dissension, fighting, hatred, indifference to the needs of others, selfishness, a lack of sacrificial love, all of these things violate the unity of the church and therefore they violate the will of God and they cripple His testimony in the world. The loving harmony and unity of the church is of grave concern to God.” We know the devil would enjoy nothing more than to cause disunity within the church. Yet we are not to fear the evil one’s devices because “greater is He who is within you than he who is in the world” (1 John 4:4).

Let’s look at this from the perspective of Who authored the Bible: God Almighty through the inspiration of the Holy Spirit to the Bible 40+ authors. Every command in the Bible is from God Himself, and since He wrote it, we are to live by them.

God Himself is the ultimate model of unity. Consider the Trinity: God the Father, God the Son, and God the Holy Spirit living as One in perfect fellowship (Deuteronomy 6:4). We are in union with the Trinity. Throughout His Farewell Discourse (John 13-17), Jesus spoke of His union with the father and the Holy Spirit. Sinclair Ferguson wrote, “The point of Jesus' teaching is not merely to stun our minds or stir our imaginations. It is to give us a sense of the vast privilege of union with Him.”

Because our God is a unified Being, we are commanded to model unity within His church and without as the world peers in to see what being a Christian is all about (Philippians 1:27-2:4). In Romans 12:18, we read, “If possible, so far as it depends on you, live peaceably with all.”

Paul later tells Timothy, “Moreover, he [church elder] must be well thought of by outsiders, so that he may not fall into disgrace, into a snare of the devil” (1 Timothy 3:7). Paul also told the young preacher, Timothy, “Practice these things, immerse yourself in them, so that all may see your progress” (1 Timothy 4:15).

The world is watching and, as we obey the Lord’s commands, unity will dwell within the church.

In short — heaven on earth. Jesus taught the disciples to pray for God’s will to be done on earth as it is in heaven (Matthew 6:10). Unity as God intends is a good thing - the best thing - because it reflects Jesus to the church and to the world.

We must remember though; unity can also be used for wicked purposes, which can go terribly wrong. The people who decided to build the Tower of Babel (Genesis 11:1-9) came together (unified) with the express purpose of “making a name for themselves.” They wanted glory for their names, not God’s.

Or consider Korah’s rebellion against God’s chosen man, Moses (Numbers 16:1-50). Conspiring against the Lord as a unified group brought only condemnation and, in the case of Korah and his co-conspirators, death.

True unity is based upon God’s commands, and it reflects His character and makes His church function the way He intends.

Do God’s People Have to Agree on Everything?

It takes a Christ-centered body to be able to disagree on things and retain their spiritual unity (and therefore, witness). On the essentials of Christianity, unity must exist. Tim Challies spells these out as: “the inspiration and authority of Scripture, the doctrine of justification by faith, doctrines relating to Christ’s deity and incarnation, and the doctrines relating to His work – His atoning death, resurrection and the reality of His miracles.” But on the non-essentials, we have certain freedoms. Non-essentials of the faith include such decisions as how often to have communion and baptisms, etc.

As far as the color of the carpet? As we stated before, it does not matter. When we take our eyes off Jesus, Who is our reason for, well, everything, we get caught up in decisions that matter not one whit for eternity, unless a person sins when they don’t get their way.

How are we to present ourselves to the world as Christlike if we are not unified in Him?

Kevin DeYoung, as he expounds on the idea of church unity as defined in Ephesians 4:1-16, says, “The call to unity is the summons to show in relational practice what is already true in spiritual reality.”

Pastor DeYoung, in the same article, states, “The spiritual reality on which relational unity is based is described in seven parts: one body, one Spirit, one hope, one Lord, one faith, one baptism, one God and Father of all. Paul wants the Jews and Gentile Christians in Ephesus to get along because, despite their historic, ethnic, and cultural differences, they have these deep spiritual realities in common.”

1 Corinthians 1:10 adds to the command, “I appeal to you, brothers, by the name of our Lord Jesus Christ, that all of you agree, and that there be no divisions among you, but that you be united in the same mind and the same judgment.”

King David rejoiced at the realization of brothers dwelling together in unity. So too may we because our unity proclaims to the world we are Christ followers and are surrendered and bound to Him for His glory and for our good. And King David said it well that it is a good thing.

Jesus, in His High Priestly Prayer, prayed for our unity, “I am praying for them. I am not praying for the world but for those whom You have given Me, for they are Yours…I do not ask for these only, but also for those who will believe in Me through their word, that they may all be one, just as you, Father, are in Me, and I in you, that they also may be in Us, so that the world may believe that You have sent Me” (John 17:9, 20-21). Does it get any better (or stronger) than to have our Savior praying for us to be unified in Him? 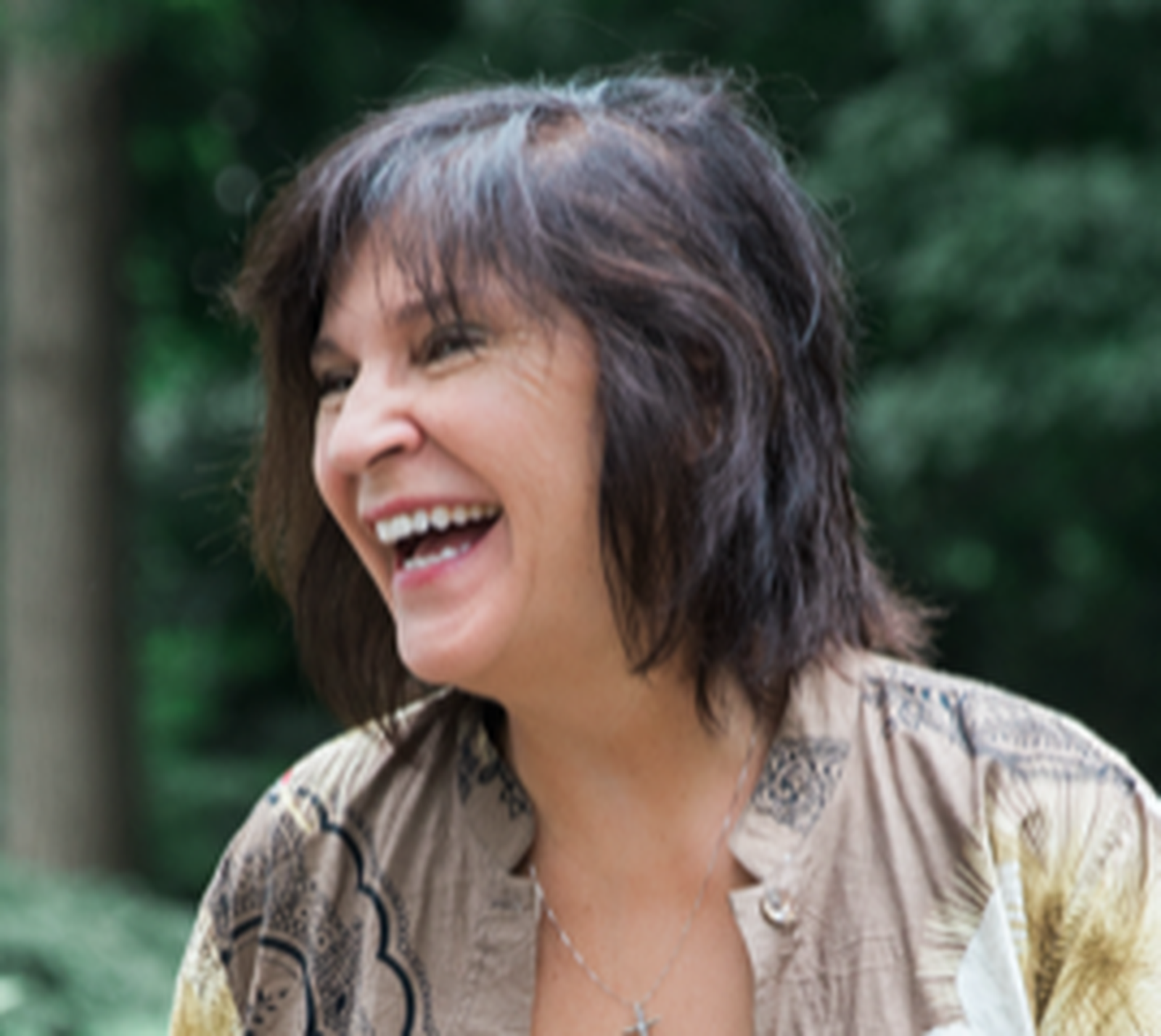 Lisa Loraine Baker is the award-winning author of Someplace to Be Somebody (End Game Press, February 2022). Lisa writes fiction and nonfiction and is currently co-writing a Christian living book with her husband, and a suspense novel.
Lisa is a member of Word Weavers, Int’l (as a critique partner and mentor), AWSA, ACFW, Serious Writer Group, and BRRC.
Lisa and her husband, Stephen, inhabit their home as the “Newlyweds of Minerva” with crazy cat, Lewis.

This content first appeared on BibleStudyTools.com and is used here with permission. To view the original visit: https://www.biblestudytools.com/bible-study/topical-studies/what-does-it-really-look-like-for-gods-people-to-dwell-in-unity.html