With the racial tension in Winston-Salem in 1968, there’s no way that I could ever imagine that I would become friends with a white man. I’m not sure Gary Chapman had that on his purview either.

Gary and I met in a church gym. Russell, my best friend at the time had been invited by some white girls from his school to this youth function. He didn’t want to be the only black person at this event, so he asked me to go with him. Basketball was my god at that time, so I was all in.

The only problem would be convincing my parents that I would be safe at a white function. A family “town hall” meeting was held to determine if I could go to a white church. Just as the decision was being made that I couldn’t go, I yelled, “Jesus will be with us!” Even though I wasn’t a Christian. My proclamation turned the tide because my parents had me in church all the time. In the sixties, it seemed that most blacks went to church. Naturally, there were people worshiping Jesus. But the black church was also a place of acceptance, refuge, and encouragement.

Upon our arrival at this new church gym on the other side of the railroad tracks, Russell and I were the only two black kids there. While Russell talked with the girls who invited him. I went to the basketball court because that’s where I felt most comfortable and safe. Very quickly after my arrival on the basketball court, a tall and slender white man approached me. He introduced himself, “I’m Gary Chapman.” He was the youth pastor. He was so nice and seemed to be sincere. Unbeknownst to both of us, it was the beginning of a friendship that has spanned more than fifty-four years!

That was 1968. Two years later, I attended this church’s youth retreat. While there and after two years of closely observing Gary live out his faith in Jesus, God used Gary to introduce me to a personal relationship with Jesus Christ. I don’t remember hearing that I could have a personal relationship with Jesus at my home church. But to be fair to my pastor, the late Rev. Dr. Kelly O.P. Goodwin, I was extremely distracted during church, once I no longer had to sit with Dad and Mom.

How Jesus Initiated a Cross-Cultural Friendship

Jesus did an extremely unusual and risky action. He initiated a cross-cultural friendship with a person that resulted in a life-changing experience for the better for many. It was risky because his very own disciples, all Jews, could have rejected him.

Step 1. Jesus broke a Jewish traditional law by traveling into Samaria. (In Luke 9:51-56, there was another time Jesus tried to go through Samaria, but the Samaritans rejected him.)

Step 2. Jesus went to where the Samaritan woman lived; demonstrating that his message of eternal life was for people of all races and cultures.

Step 3. Jesus met her on her own turf (the well), where she was rejected by other women.

Step 4. Jesus broke another Jewish traditional law by speaking to a Samaritan woman who was always seen as ceremonially unclean by Jews, meaning He defiled Himself by speaking with her.

Step 5. Jesus made Himself vulnerable to the Samaritan woman by asking for a drink of water (gave her the freedom to reject Him)

Step 6. Jesus demonstrated staying power when the woman initially rejected Him, He didn’t go away.

*(These six steps are an excerpt from Dr. Shuler’s book, Winning the Race to Unity: Is Racial Reconciliation Really Working?)

These six steps that Jesus took to initiate a cross-cultural relationship with the Samaritan woman express the characteristics of loving someone of a different culture. Our book shares these specific characteristics.

To initiate a cross-cultural friendship, Gary and I strongly recommend two steps. The first is to pray. Based on Mark 1:35, “Before daybreak the next morning, Jesus got up and went out to an isolated place to pray,” Jesus probably spoke with God, his father before traveling into Samaria. His prayer may have included a request for godly wisdom, godly favor, opportunities to talk about God, and the courage to take action when that opportunity appears.

The second step we propose is to seek to be a friendly person. “A man who has friends must himself be friendly” (Proverbs 18:24, NKJV)

However, once we have this cross-cultural friendship, we must realize there is always the possibility of conflict.

Resolving Conflict in a Cross-Cultural Friendship

Conflict within a friendship seems to be a contradiction. Yet, close relationships such as husbands and wives, and best friends often experience conflict. Why does this happen?

In marriage, you have a man and a woman, who are usually radically different in processing information, physical size, strength, and sexual stimulation. So, most marriages have tremendous potential for conflict.

What about best friends? Even best friends whether same-sex or not, are different. Frequently, we wonder how we can be so close with someone and yet, be so different. Consider that your spouse or your friend is not you. And don’t expect them to be.

What if you have a cross-cultural friendship and there is conflict? How do you resolve it? Conflict is natural in most relationships. Therefore, to avoid conflict is to avoid reality. So we should not avoid conflict, but how we handle it is critical!

The goal of conflict should always be to gain understanding, not to win the conflict. If one of you wins the conflict, you both lose in the relationship. Understanding doesn’t equal agreement, but it often alleviates frustration. Often, understanding can lead to agreement.

View conflict as an opportunity to get to know your cross-cultural friend and yourself better. Ask yourself, “Why does this conflict bother me so much?” Remember, it is not about being right or winning the conflict. Answering this question will give you insight into yourself.

Gary and I believe that there are three primary ways to resolve a cross-cultural conflict:

When conflict is handled correctly, it is beneficial to both individuals. Typically, you learn at least one thing that is more significant to your friend than you may have ever imagined. And your cross-cultural friend may have the same experience, resulting in both of you becoming closer friends because now you know each other better.

I think you owe it to me, as my friend, fight me, to let me get away with nothing, to force me to be clear, to force me to be honest, to allow me to take no refuge in rage or in despair. . . and of course, I owe you the same. This means we are certainly going to hurt each other’s feelings from time to time. But that’s one of the ways in which people learn from each other. Quoted in Martin N. Davidson's, “Know Thine Adversary: The Impact of Race on Styles of Dealing with Conflict, “Sex Roles: A Journal of Research 45, nos. 5-6 (September 1, 2001): 259-76.

If we’re going to live out James Baldwin’s quote, it will take prayer, godly wisdom, godly patience, and courage. It’s work! But aren’t all friendships work? Cross-cultural friendships are worth this work. They are priceless and biblical. Will you now go make a new friend, who may not look like you? 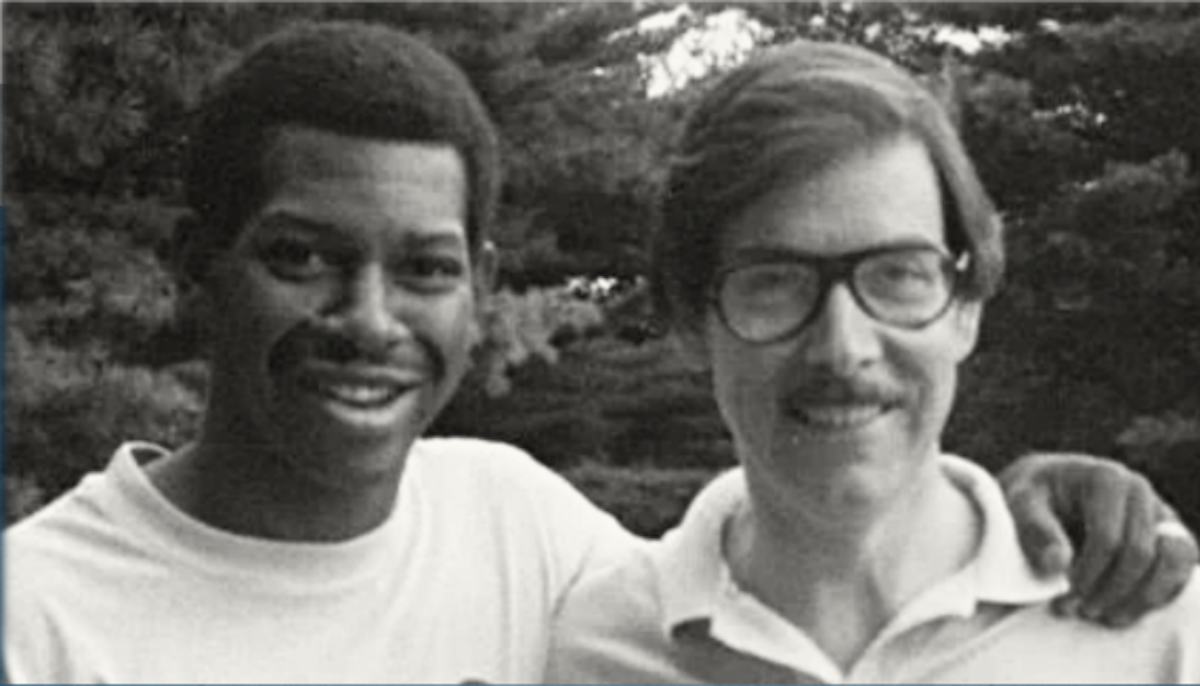 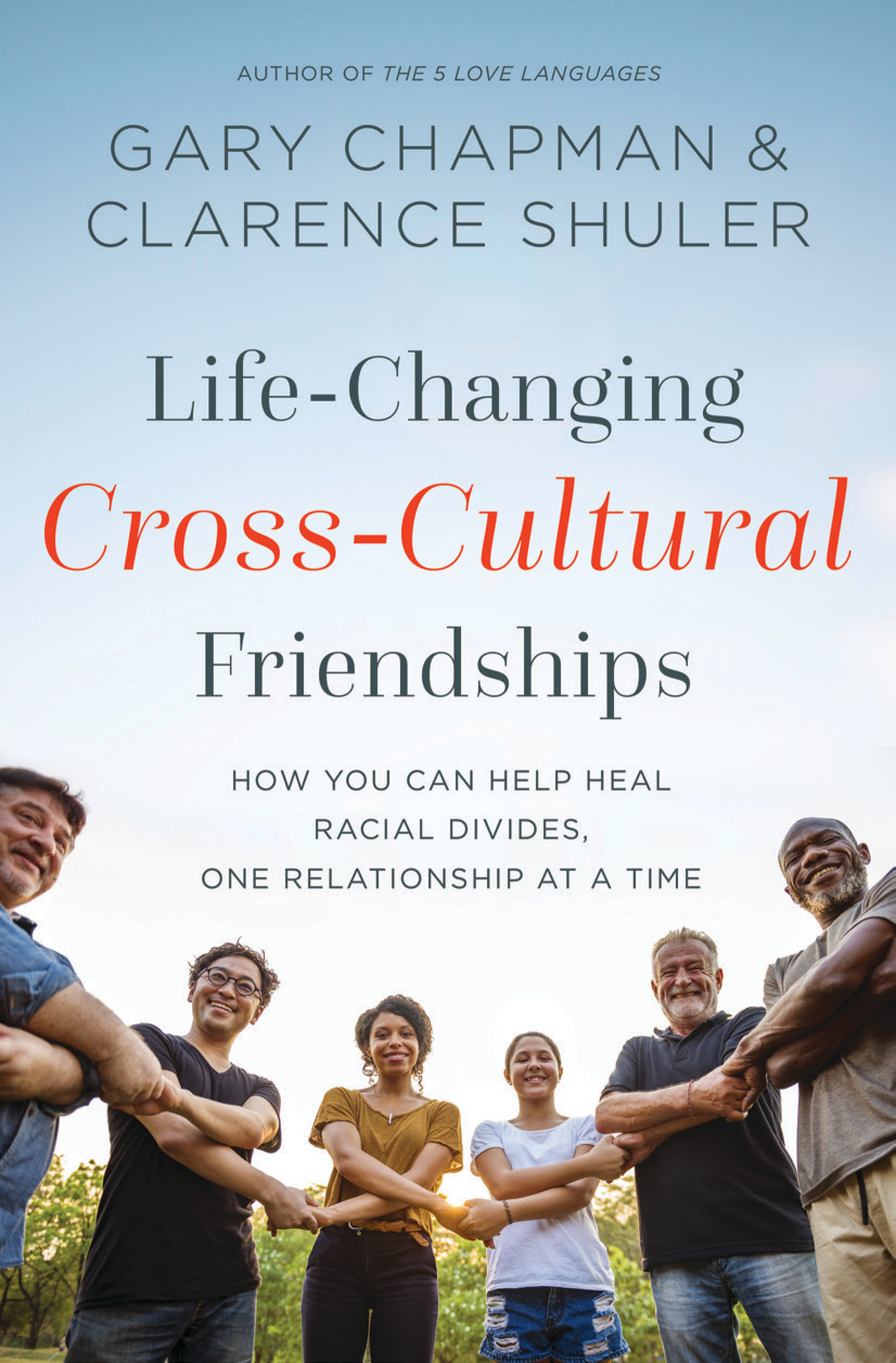 Gary Chapman--author, speaker, counselor--has a passion for people and for helping them form lasting relationships. He is the #1 bestselling author of The 5 Love Languages series and director of Marriage and Family Life Consultants, Inc. Gary travels the world presenting seminars, and his radio programs air on more than four hundred stations. For more information visit his website at 5lovelanguages.com.

Clarence Shuler is the president/CEO of BLR: Building Lasting Relationships. Clarence is a counselor, diversity consultant, speaker, and author of ten books, including Winning the Race to Unity: Is Racial Reconciliation Really Working?, Keeping Your Wife Your Best Friend, and Single and Free to Be Me. He and his wife, Brenda, reside in Colorado Springs, Colorado, and have three adult daughters. For more information, visit clarenceshuler.com.

This content first appeared on Crosswalk.com and is used here with permission. To view the original visit: https://www.crosswalk.com/faith/spiritual-life/cross-cultural-friendships-are-life-changing.html