What Is a Kinsman-Redeemer - Meaning and Description?

The concept of a kinsman-redeemer comes out of the book of Leviticus.

“If one of your fellow Israelites becomes poor and sells some of their property, their nearest relative is to come and redeem what they have sold” (Leviticus 25:25).

By definition, a kinsman-redeemer was someone who redeemed what was lost. This could be the other persons’ property, their freedom, or even their name. The kinsman might also be called upon to exact revenge on someone who may have killed their relative.

In short, the kinsman was a rescuer and restorer. This was not a passive obligation, nor was it something that should be entered into lightly. As you will see shortly there were some obligations necessary for the person who would be the kinsman-redeemer.

Where Do We See the Kinsman-Redeemer in the Bible?

You can see what a kinsman-redeemer is by looking at the story of Ruth and Boaz. In case you are not familiar with the story, here is a very abridged version. Naomi is Ruth’s mother-in-law. Both her husband and two sons die. This left Naomi and her two daughters-in-law as widows. There were few things worse in those days then being a widow with no sons. To be in this position meant loss of income and support, loss of possession and ultimately loss of property. In short, they were desperate and destitute. The only hope they had was for someone to see their plight and be willing to pay the price of redemption. This would prevent them from losing everything. Enter Boaz.

“’The Lord bless him!’ Naomi said to her daughter-in-law. ‘He has not stopped showing his kindness to the living and the dead.’ She added, ‘That man is our close relative; he is one of our guardian-redeemers’” (Ruth 2:20).

The interesting thing about Boaz was he was not the first in line to be the redeemer. There was another relative who was in line for this position. This person was willing to redeem the property, until he realized there was a widow that he would also have to redeem. This he did not want to do, so he gave up his right to redeem. Upon doing this, Boaz was next in line and he became the kinsman-redeemer, ultimately redeeming her property and her name.

“Then Boaz said to the elders and to the crowd standing around, ‘You are witnesses that today I have bought from Naomi all the property of Elimelech, Kilion, and Mahlon. And with the land I have acquired Ruth, the Moabite widow of Mahlon, to be my wife. This way she can have a son to carry on the family name of her dead husband and to inherit the family property here in his hometown. You are all witnesses today’” (Ruth 4:9-10). 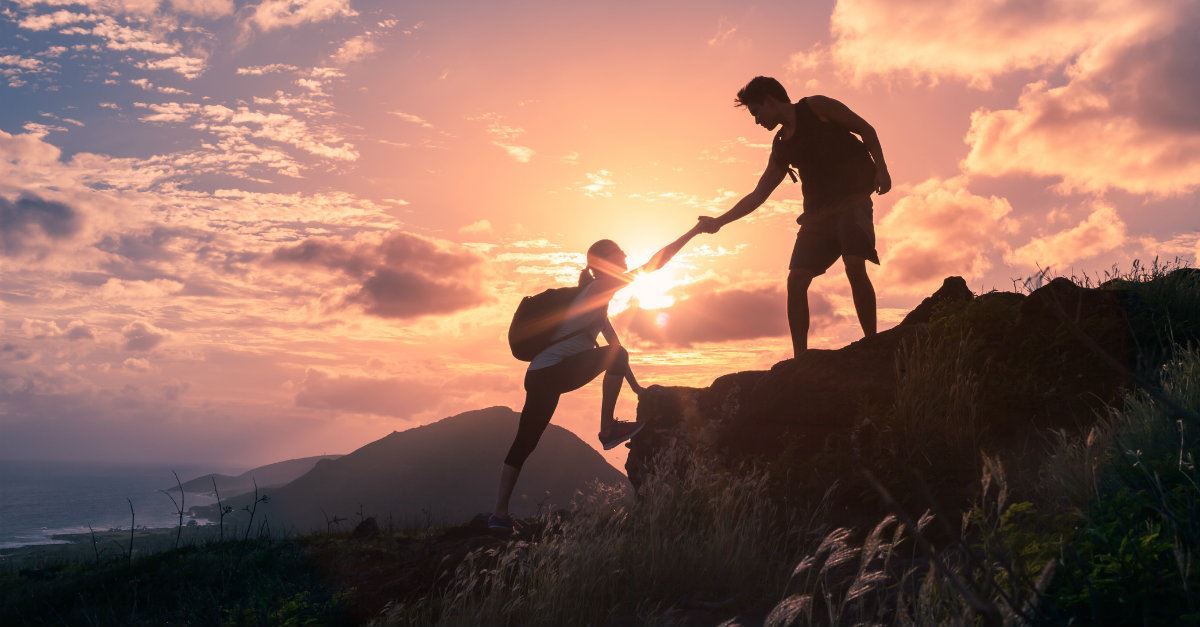 What Are the Requirements of a Kinsman-Redeemer?

To be a Kinsman redeemer there were four requirements that had to be met.

In the Ruth and Boaz story the person who was the next redeemer in line was simply not willing to follow through with the redemption. If the person was not willing, they could not be forced to do it. Being willing is at the heart of what a kinsman-redeemer is.

Willingness alone was not enough to be a kinsman-redeemer. You actually had to be able to follow through with the redemption. If you did not have the financial means to make the redemption, then you could not be the redeemer. It did not matter how good your intentions were.

There was no such thing as partial redemption when it came to being a kinsman-redeemer. Unless the full price was paid, there was no redemption. It was truly an all or nothing proposition.

Why Is Jesus This for Us?

As you look closer at the story of Ruth, I hope you can recognize the parallels between her plight and ours. We were just like Naomi and Ruth, desperate and destitute. We had no hope, and we were all lost in our sinful condition. We needed someone who could step in and become our redeemer.

Enter Jesus. Let me show you how Jesus met all the requirements necessary to be our redeemer.

Because the redeemer had to be of like kind, Jesus had to become like us. If Jesus did not take on humanity, there would be no way of redemption for us. Since sin came into the world through one man, it would take another man to bring about our salvation and righteousness. This would require the infinite God to take on human flesh. This is what Jesus did, and in the Gospel of John we see this spelled out very clearly.

“The Word became flesh and made his dwelling among us. We have seen his glory, the glory of the one and only Son, who came from the Father, full of grace and truth” (John 1:14).

Jesus became just like you and me, which put him in position so that he could redeem us. 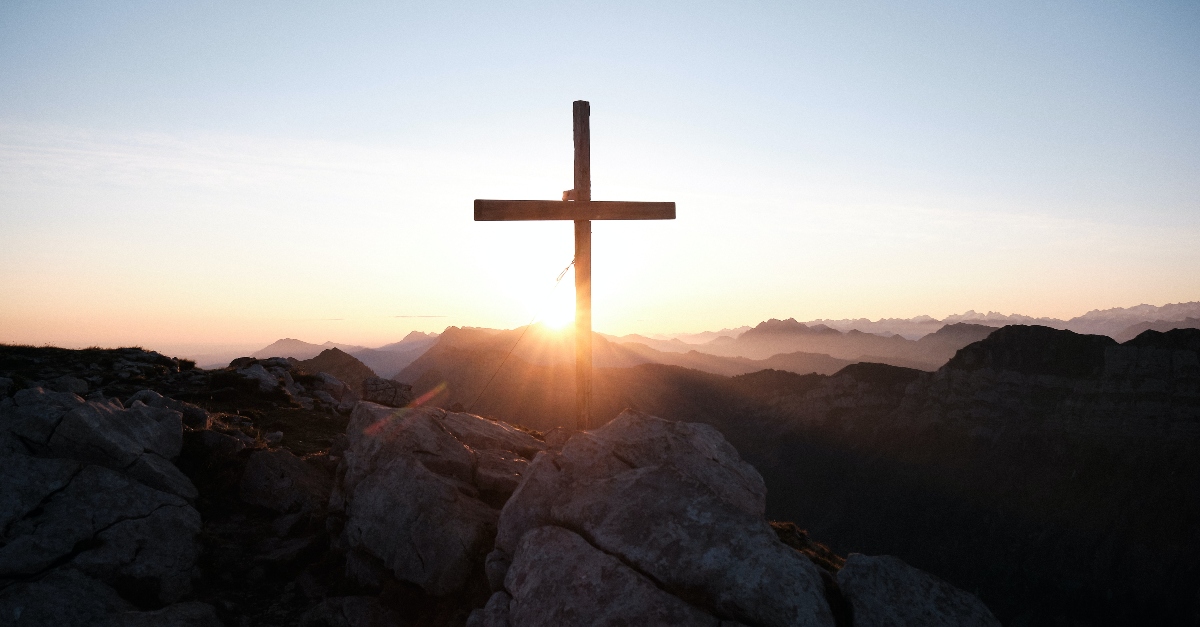 2. Jesus Was Willing to Do It

In Philippians we see the willingness of Jesus to become our redeemer.

“In your relationships with one another, have the same mindset as Christ Jesus: Who, being in very nature God, did not consider equality with God something to be used to his own advantage; rather, he made himself nothing by taking the very nature of a servant, being made in human likeness. And being found in appearance as a man, he humbled himself by becoming obedient to death — even death on a cross!” (Philippians 2:5-8).

Jesus gave up his life as a sacrifice of his own free will. No one twisted his arm to do it – he was willing to be obedient and see this process all the way through to the end.

3. Jesus Was Able to Redeem

Having the willingness as we said earlier means nothing if you did not have the ability to redeem. Thankfully for us this was not the case. The death and obedience of Jesus was everything that was needed to bring about our redemption.

“Consequently, just as one trespass resulted in condemnation for all people, so also one righteous act resulted in justification and life for all people. For just as through the disobedience of the one man the many were made sinners, so also through the obedience of the one man the many will be made righteous” (Romans 5:18-19).

4. Jesus Paid the Complete Price for Our Sin

“He gave his life to free us from every kind of sin, to cleanse us, and to make us his very own people, totally committed to doing good deeds” (Titus 2:14).

The beautiful thing about our redemption is that it is a complete redemption. There is nothing else needed to complete it or bring it to pass. Well, I stand corrected, there is one thing that is needed. You must put your faith in the redeemer of your soul. When you do that, then the work is finished and the sin debt that was owed on your account will be paid in full.

Paid, Once and for All

When you think about what a kinsman-redeemer is, it is all about what was lost being found. You and I were lost and on the verge of losing everything, but Jesus stepped in. He restored what was lost and gave us a new identity in Christ. The beautiful thing is you never have to worry about having to be redeemed again. He paid the price of redemption once and for all.

The Beautiful Truth of How Christ Is Our Kinsman-Redeemer

The Importance and Meaning of a Kinsman Redeemer

Clarence L. Haynes Jr. is a speaker, teacher, author, and co-founder of The Bible Study Club.  He has spent more than 30 years serving the body of Christ in various capacities and is the author of The Pursuit of Purpose. If you have ever struggled to try to find God’s will, this book will help you discover the different ways God leads you into his perfect will. To learn more about his ministry please visit clarencehaynes.com.

This content first appeared on Crosswalk.com and is used here with permission. To view the original visit: https://www.crosswalk.com/faith/bible-study/the-beautiful-truth-of-how-christ-is-our-kinsman-redeemer.html