Did Jesus Have a Favorite Bible?
By Dr. John Barnett

If you were put on the spot and hundreds of eyes and ears were on you and you were asked to give THE reason why you know the Bible is true—what would you say? That question is best answered by remembering what Jesus said in the same situation.

At that huge gathering, called the Sermon on the Mount, Jesus confidently told all the thousands who heard Him speak—that Heaven and Earth would pass away before any word of His Bible failed. Wow, He sure knew He had a Bible He could trust. Jesus didn't fear that there were any historical, moral, theological, and scientific inaccuracies in His Bible. He had a copy of the Book anyone can trust! 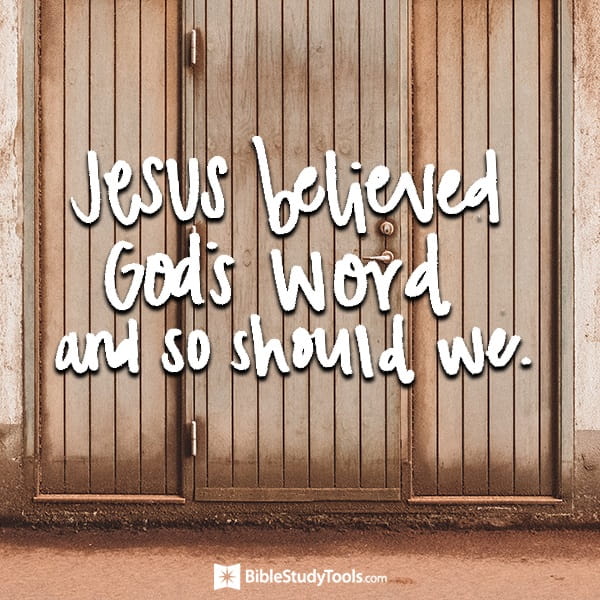 But as we read Matthew 5:17-19, Jesus summed it up as simply this, HE believed God's Word and so should we:

"Do not think that I came to destroy the Law or the Prophets. I did not come to destroy but to fulfill. 18 For assuredly, I say to you, till heaven and earth pass away, one jot or one tittle will by no means pass from the law till all is fulfilled. 19 Whoever therefore breaks one of the least of these commandments, and teaches men so, shall be called least in the kingdom of heaven; but whoever does and teaches them, he shall be called great in the kingdom of heaven.

Have you ever looked down and wondered if you really held the same Bible Jesus had, the one God breathed out supernaturally by inspiration? And further, have you ever wondered if this one is okay, because it is a translation, and not the actual Hebrew or Greek words that God gave to those 40 plus men, who He used to write the Bible?

This is the Bible Jesus Used

The Septuagint was the first translation of the Hebrew Bible; and was made in the third century B.C. by Jewish scribes, who were direct descendants of those trained in Ezra's Great Synagogue of Jerusalem. They were complete experts in the text, being very well versed in Hebrew and Greek.

This translation became very popular among Jews in the first two centuries before Christ because many Jews in those days did not understand Hebrew. Their ancestors had left Israel centuries before, and generation after generation gradually lost the ability to read the Scriptures in Hebrew.

Many of the Jews in Jesus' day used the Septuagint as their Bible. Quite naturally, the early Christians also used the Septuagint in their meetings and for personal reading; and many of the New Testament apostles quoted it when they wrote the Gospels and Epistles in Greek. What is most fascinating is that the order of the books in the Septuagint is the same order in our Bibles today, and not like the Hebrew scrolls. So this means that:

Jesus and the Apostles: studied, memorized, used, quoted, and read most often from the Bible of their day, the Septuagint. Since Matthew wrote primarily to convince the Jews that Jesus of Nazareth was indeed their promised Messiah, it follows as a matter of course that his Gospel is saturated with the Hebrew Scriptures. Yet, when Jesus quotes the Old Testament in Matthew, He uses the Hebrew text only 10% of the time, but the Greek LXX translation—90% of the time!

For more from Discover the Book Ministries, please visit  discoverthebook.org and click here to listen to Dr. John Barnett at OnePlace.com.

Editor’s note: This content was taken from the original article “What Bible Did Jesus Use.”

Want to learn how to dig deep into God's Word? Listen to our latest podcast, How to Study the Bible, on LifeAudio.com!