As a male Pastor who has worked at churches with varying degrees of views on women in leadership--complementarian, egalitarian, and we-avoid-that-subject-like-the-plague-itarian, this issue is definitely here to stay.

In fact, it’s picking up momentum as not just the church world, but secular leaders, and culture, engage in the debate on women in leadership not just in the public or private sector, but in the church.

This is no longer church-people deciding church-related things, it’s much broader. As the NY Times and ABC News report on and draw out this discussion, it isn’t just Christians weighing in, it’s everybody. And how the church deals with the issue — whatever the stance — is monumental in reaching the world for Jesus Christ. It’s that big of a deal.

To be clear: How we talk about this may be more important than what we’ve decided. There are good reasons to be complementarian, egalitarian or some sort of hybrid.

While the discussion and debates over this are legion, I’d like to take a somewhat different approach by framing the discussion around four pivotal, introspective questions that need to be asked as we engage people, scripture and leaders in this discussion.

Making a statement is easy even if the consequences are not; but asking a self-reflective question can be challenging as it may lead us to places we haven’t been to in a while, or ever.

One last thing before we start: In case you’re curious about my take and bias on the subject, I’m a Co-Lead Pastor who leads with another male Co-Lead Pastor. Our church has only male elders, but we have female Pastors who lead both men and women, and we have both male and female teachers on the teaching team.

So, my history and context are a bit of a mixed bag, though I do lean quite a bit more heavily on the Egalitarian side. Additionally, I know and support more than a few women in leadership roles at our church and beyond, including my wife Rachel and mother-in-law Stacey who both write wonderfully for Crosswalk. You can check out their latest articles here for Rachel, and here for Stacey.

Fair warning, these questions are a bit challenging if we take them seriously, but they’re worth asking.

1. What Do I Struggle with More, Scripture or Tradition?

Tradition: Most of the time it simply comes down to what type of church (and by extension what kind of people) you grew up around, if any. Think about it: who you saw giving the message, serving in the nursery, in kids, or leading groups is probably what you’re comfortable with.

It’s your tradition and culture, or maybe even those of your church. While most denominations have some sort of written viewpoint on the subject, most churches don’t, and even if they do, how they operate doesn’t always line up with their views. I know, it’s shocking that Christians don't always act on what they believe or say!

If you didn’t grow up in the church, you may project your family life, ethnic culture, or personal views on the subject and expect or look for a church that acts accordingly. Either way, you’re probably looking for, or have a viewpoint based on your tradition, or comfort level.

Scripture: Scripture obviously plays a pivotal role, and maybe you have done your homework. You may be struggling with how Jesus and the 12 disciples, while giving the Good News, were supported by women in Luke 8; but also that the women were the first to witness and give the Good News of Jesus’ resurrection to others in John 20:17.

You could be struggling with what Paul said about the authority of women over men in 1 Timothy 2:12 alongside Paul’s implication that both men and women participate in prophecy, the highest gift in the church for edification, comfort and encouragement for both men and women.

The point is, both scripture and tradition are important in determining your view on the subject, and it requires you to be honest with yourself:  Have you done enough scriptural research to be able to articulate a Biblical viewpoint; or is your comfort level with women in leadership based on the tradition or culture that you come from?

Whatever your answer, it inevitably leads you to question two:

2. Is This about Their Ability or My Humility?

I have the privilege of leading the teaching team at our church, and part of our process is to have messages done in advance so that our team can encourage, critique and assess if scripture is speaking first, that it sounds like our church’s ‘voice’ or style second, and thirdly that they are being authentic to themselves in their presentation. This is the order, at least for us.

If you lean more heavily on the complementarian side, the question you may need to ask yourself about women in leadership first is: Do they have the ability or giftedness to lead in teaching, preaching, counseling, or in leading this team, or directive?

You may need a small dose of humility and be open to learning from them. Think about it this way: if a woman were to teach the Gospel on a Sunday and present it accurately, thoughtfully and passionately, should we disregard the message because of her gender? The answer should be no.

If you’re more egalitarian, the same consistency should apply, if someone does not have the ability, or giftedness, to teach, lead, counsel or preach then they shouldn’t have the influence or position either.

It would actually be unhelpful to put someone in one or more of these positions simply because of their gender, as it sets them up for failure and discouragement and wouldn’t accurately use the giftings that God has given the diversity of people in His Church.

They would see far more fruit in serving and leading in the capacity that God has gifted them. 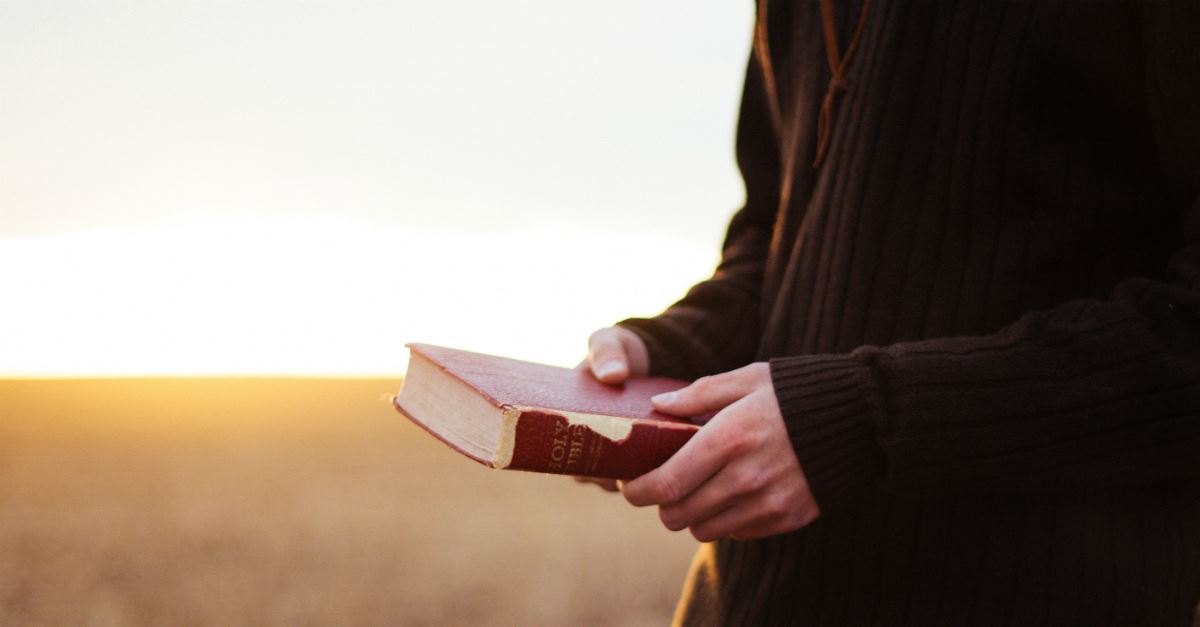 There are hills to die on, and those worth ascending just to see the view. In my opinion, the topic on women in leadership sits on a steep hill worth climbing, but we shouldn’t be giving those a shove off the steep side who don’t share the view we trekked up there to see.

After all, Jesus did in fact die up on a hill to give the world the view from which to look at everything else.

If Jesus isn’t the way, then His identity, teachings, authority and sacrifice don’t mean much; but if He’s the one and only way, then they mean everything.

While Jesus can use the definite article (meaning the word “the”) to talk in absolutes such as “the world”,” the lost”, ”the way, the truth and the life”, “the Good Shepherd”, and so on, we should be slow to take on that kind of certainty outside of what Jesus and the New Testament writers have already said.

If we’re not completely sure that there is just one way of thinking and acting on something in scripture, we should at least be open to hearing another. Neither Egalitarianism nor Complementarianism are the view--they are a view, with very good reasoning and scripture behind both.

This is important, because it’s too easy of a leap to go from labeling your view as ‘the’ view to labeling others who don’t share it as ‘those’ people.

There are plenty of things that divide Christians already, let’s not try to reduce that number by at least one, which leads to question number four.

4. Can I Attend a Church Who Has a Stance I Don’t Agree With?

Do you know what Jesus’ last prayer on earth was? It’s found in John 17. After Jesus prays for His disciples to have protection from Satan, and to be diligent as the world rejects them, hurts them, and ultimately kills most of them, He prays for something vital.

What could be important after praying for protection from Satan and the world?

John 17 : “My prayer is not for them alone. I pray also for those who will believe in me through their message, that all of them may be one, Father, just as you are in me and I am in you. May they also be in us so that the world may believe that you have sent me. I have given them the glory that you gave me, that they may be one as we are one— I in them and you in me—so that they may be brought to complete unity. Then the world will know that you sent me and have loved them even as you have loved me.”

Jesus is making a profound, but challenging point: unity is a big part of reaching lost people.

There are definitely times to debate, argue and even to part ways, though hopefully in love. Truthfully, it’s much easier to leave a church and find another when we don’t agree, but it’s also more costly.

It costs us relationships, because we’re leaving people not a building. It costs the big “C” church credibility as the world sees the fragmentation that goes on inside the church.

It’s not worth it. There are definitely reasons to leave a church, but maybe this isn’t one of them. Attending and engaging in a church where everything isn’t kosher all the time sends a message to others, especially the lost, that unity comes before individuality.

Which means that at times, we have to put away our own preferences. (Didn’t Jesus say die to “self”?) God’s church is a unity of diverse people groups with varying opinions, backgrounds, genders, ethnicities and gifts. But we all have only one hope, that is in Jesus Christ.

If we can agree on that, then we can sit and listen to message, worship and break bread together, even as we disagree.

I’d love to hear your thoughts on this matter, and how your church handles this challenging but worthwhile subject. Feel free to comment below or email me: [email protected].  You’re already blessed in Christ.

Kile Baker is a former Atheist who didn’t plan on becoming a Christian, let alone a Pastor, who now writes to try and make Christianity simple. Kile recently wrote a study guide to help people “look forward to and long for Heaven”. You can get one on Amazon here. He also writes at www.paperbacktheologian.com. Kile is the grateful husband to the incredibly talented Rachel, Dad to the energetic London and feisty Emma and Co-Lead Pastor at LifePoint Church in Northern Nevada. He single handedly keeps local coffee shops in business.

This content first appeared on Crosswalk.com and is used here with permission. To view the original visit: https://www.crosswalk.com/church/pastors-or-leadership/hard-questions-to-ask-yourself-before-you-debate-about-women-in-leadership.html

How I Came to Enjoy Raisins - Crosswalk the Devotional - June 13

In Revelation 12:10, the title "Accuser of the Brethren" is given to our enemy Satan at his judgment. Do I really want to claim that monicker for myself?